Residents were left in the cold last week when an eight-plus hour power interruption occurred in an area that reportedly stretched from Boonville to beyond Raquette Lake.

The abrupt outage at approximately 6:30 p.m. on Wednesday, January 1 extended to 3:10 a.m. the following day. 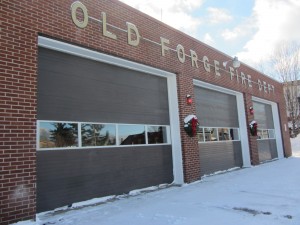 The Old Forge Fire Department on Fulton Street is able to serve as a public shelter during power outages and other local emergencies.
Photo by Gina Greco

Air temperatures ranging from one to minus 12 degrees during that time period caused in-home thermometers to plumet into the 40 degree range.

Though some passed off the situation as non-critical, others, such as area fire department personnel, regarded it as an emergency and went into action.

END_OF_DOCUMENT_TOKEN_TO_BE_REPLACED

Janelle Nixon, 24, of Middle-town appeared in Herkimer County Court on Wed-nes-day, where she pleaded guilty to two Class A misdemeanors relating to her role in a boating collision last July, that resulted in injuries and damage to the boat of James “Doc” and Judy Foley of Old Forge.

Following the accident, Nixon was charged with two counts of second degree vehicular assault and operating a vessel while intoxicated, both felonies.  END_OF_DOCUMENT_TOKEN_TO_BE_REPLACED

Jason Perkins, director of the Town of Webb Recreation Department, will bring a proposal before the Town Board on Monday, January 20, at 5:30 p.m. for the installation of indoor soccer turf at the North Street Pavilion in Old Forge.

Funding for the turf would be made possible through a $15,000 grant from New York State Senator James L. Seward’s Legislative Member Initiative Project, administered through the Department of State.

According to Perkins, the entire cost of the proposed turf would be covered by the grant.

The turf is fully removable and would be enclosed by netting to protect the interior of the building, he said.

View, the arts center in Old Forge, will bring the magic of winter to life at the January 18 opening of its latest exhibit, Winter Air.

This juried exhibition of 118 works by 58 national and international artists will fill the Community Gallery and will include works that convey the sensations of walking outside on a cold winter’s day. 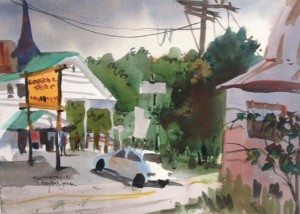 An opening reception, open to the public, will be held from 4 to 6 p.m. with wine, beer, and hors d’oeuvres available.

The Winter Air exhibition will be complemented by three other art exhibitions that will also be featured at the opening reception.  END_OF_DOCUMENT_TOKEN_TO_BE_REPLACED

A Heartbeat at My Feet, a photography exhibit by local photographer Becky Barrett, is currently on display in the Judith Lowenstein Cohen Memorial Wing of the Old Forge Library. 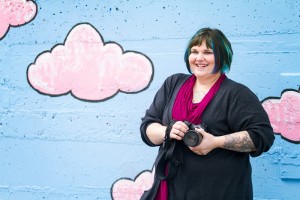 An opening exhibit reception on Friday, January 10 from 5 to 7 p.m. will offer an opportunity for the community to meet and talk with the artist. It is free and open to the public.

END_OF_DOCUMENT_TOKEN_TO_BE_REPLACED

The Town of Webb School’s Drama Department, under the direction of Valerie Gaudin and Anne DeFillips, held auditions on December 18 for its production of Annie Get Your Gun which will be held on Friday and Saturday, March 21 and 22 in the school gymnasium.

The Town of Webb School Webb Way Committee will host a fundraising ham dinner on Monday, January 13 in the school cafeteria.

The dinner will take place from 5 to 7 p.m. and will be cooked and served by Town of Webb School teachers, administrators, and staff.

The cost is $7 for adults and children ages nine and up, $5 for children age eight and under, with a maximum cost of $20 per family.  END_OF_DOCUMENT_TOKEN_TO_BE_REPLACED