Over 350 people gathered at The Ole Barn Restaurant in Inlet on Friday and Saturday, January 25 and 26 to support Zippy’s Crusade for Kids charity snowmobile ride and auction.

According to event organizer Spot Ste. Marie, the funds raised in support of children in need are expected to have exceeded last year’s $100,000 mark.

The event featured music and entertainment by Kim Fox and Bobby Kendall, live and silent auctions, raffles, and a group snowmobile ride on Saturday.

Ste.Marie said 223 individuals participated in the ride which he said would not have been possible without the help of major sponsor Arctic Cat, and the Inlet and Webb snowmobile trail crews.

“The snow was great. Old Forge and Inlet both did an excellent job on keeping the trails up for us and having them so they were as good as they could be. Both towns did a fabulous job,” Ste.Marie said.

Following the ride, guests met back at the Ole Barn for award presentations and the live and silent auctions.

Some of the high ticket auction items included a guitar autographed by Kellie Pickler, three hunting trips to be featured on DropZone TV, Brad Keselowski’s giant Miller Lite glass, and a wing from Tony Stewart’s first win in a World of Outlaw Sprint Car.

Ste.Marie said the wing was purchased last year by First Lake homeowner Ray Capella, who donated it back to Zippy’s for re-auction this year.

Tony Stewart ended up submitting this year’s high bid of $7,500 and promptly donated it to the Ole Barn to have on permanent display.

One of the financial recipients of this year’s event included a $5,000 donation to the KEYES Program in the name of a young girl Zippy’s has helped in the past who is currently in remission from Leukemia, 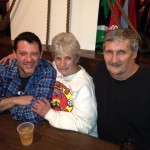 A donation of $10,000 was made Saturday evening in the name of Joann Barry who works closely with Upstate Cerebral Palsy.

The award presentations also included a $1,000 donation to Zippy’s by the Cousins that Care.

“It was just great—everybody had a great time,” said Heather Levi of the Ole Barn.

“We had good weather, good rides, and everybody was happy with the event.”

The members of the Women’s Fellowship group of Niccolls Memorial Presbyterian Church will host their annual Victorian Tea Room benefit luncheon on Saturday, February 9 from noon to 2 p.m. at the church.

The menu will include a choice of homemade soups, salads and rolls, Fair Trade gourmet teas, coffee and other beverages, and delicious homemade pastries. Peanut butter and jelly sandwiches will be available for children.

The cost of a full meal is $8 and ala carte items will be available.

All proceeds from the event will be given to the Deacons of Niccolls Church to purchase items for the church’s food pantry and to help local families in need in other ways.

Winter is an especially difficult time financially for some area families and the Niccolls Deacons try to provide emergency help with items like heating fuel, prescriptions and transportation.

“The demands on their budget can be tremendous so the women’s group would like to take a little of the pressure off the wonderful work they do,”said Ruth Brussel, co-moderator of the Women’s Fellowship.

The church is located at 228 Crosby Blvd. next to the Old Forge Library. Transportation is available by calling the Community Transportation Service (CTS) at least a day in advance at (315) 369-2830 or Al Brussel at 369-6679.

The luncheon will include meat or vegetarian chili with garlic bread, dessert, beverages and live background music.

Chili will be served in handmade bowls created by regional and View potters.

You will have the opportunity to choose from hundreds of artistic and unique bowls, many of which were created in View’s pottery studio by participants of the art center’s Independent Pottery program.

Prices will range between $18 to $25 depending on the bowl you choose, or you can have chili served in a take-out bowl for $10.

Admission to View exhibitions is included with attendance to the luncheon.

What children cannot be claimed as dependents?

Is there an age limit for claiming my children as dependents?

A “qualifying child” may enable a taxpayer to claim several tax benefits, such as head of household filing status, the exemption for a dependent, the child tax credit, the child and dependent care credit and the earned income tax credit.

In general, to be a taxpayer’s qualifying child, a person must satisfy four tests: Relationship, Residence, Age and Support.

• Relationship — the taxpayer’s child or stepchild (whether by blood or adoption), foster child, sibling or stepsibling, or a descendant of one of these.

END_OF_DOCUMENT_TOKEN_TO_BE_REPLACED 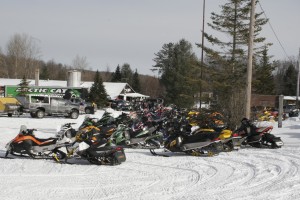 Zippy’s Crusade at the Ole Barn in Inlet

It’s been a tad on the cold side this week with temperatures never getting above ten degrees. A couple days it did not get past zero.

To add to the problem, my furnace decided not to work. Raquette Lake Supply was quick to fix the problem and it’s still pushing heat.

My passive solar heat sink that sits below the cellar floor helped out that day but it taxed the system. It took a while to heat back up at ten below. 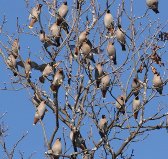 Our cat Inky laid on the bed soaking up the sun for a few hours.

You know it’s cold when you can see a bird’s breath when it stops to get seed at the feeder.

Birds huddle down on their feet as they pick apart a seed to keep in their body heat.

They fluff up their feathers, making them look fat, to give themselves more insulation from the cold.

When they sleep, some birds burrow in the snow and use it as a source of insulation.

The Redpolls sit on top of the snow and flap their wings until they bury themselves deep so just their heads stick out.

Ruffed Grouse actually fly into soft snow or tunnel completely under the snow for insulation from the cold.

Many times while out snowshoeing I have seen one come out from under the soft snow in a blur of brown.

If you inspect the hole it came out of you will see that it spent the night there, as evidenced by the droppings left behind.

Many cavity nesters like Chickadees, Nuthatches and Bluebirds pool their resources by getting on top of each other in a hole to keep warm.

Some watchers have found eight or ten sharing their body heat in one cavity.  END_OF_DOCUMENT_TOKEN_TO_BE_REPLACED

Are these the dog days of winter, or is it just me?

Well here it is, Monday, January 50th, 2013. I’m not sure about the rest of you but this has been one heck of an incredibly long month for me.

I need fresh air. I thrive in sunshine, even the chilly kind. But that booger-freezing stuff kept even me inside for days and that never pans out well for this old gal.

Happily, (or not), I’ve kept a mini Diary for the Shut-in, and tried to imagine what life is like for the housebound. Ya know, the folks that can’t go outside due to health issues, or that have no interest in the outdoors.

God help them all.

Seems I’ve unearthed some not-so-pleasant truths about myself and although I’m not real proud of them I will still share, because after all, I’ve got nuttin’ but time, cuz it’s still freakin’ January.

• Board games. Nothing like a good old fashioned board game with friends and family to pass the time.

My personal favorite is Scrabble—of course, because it’s all about words.

January 2013 entry: Huh. Found out today that I have somehow morphed into a poor loser. Never actually liked losing, but now I’m the angry kind that will accuse all other players of cheating if I’m not winning.

Had to physically refrain from tile tossing, thanks to a friend who makes up words and insists they exist—let’s just call her Erin Burns.  END_OF_DOCUMENT_TOKEN_TO_BE_REPLACED

Allison Frey was named to the Niagara University academic dean’s list for the fall 2012 semester. To qualify for the dean’s list, students must attain a 3.25 academic grade-point average for the semester.

Allison is the daughter of John and Sarah Frey of Inlet.