Now in its 26th year of service, WPOA has an active membership of concerned citizens who have the common goal of making the Town of Webb an even better place to live.

Over the past year, the Board of WPOA has undergone a few changes, including dividing the Board up into teams. This, according to Haynes, will help make the Board more efficient by  channeling individual energies in specific directions.

Additionally, WPOA was instrumental in obtaining a health care analysis that was used to determine the needs of residents of the Town of Webb in regards to the Health Center.

This year they have also established a website, been active in putting out publicity regarding last year’s property revaluation, and helped to monitor the problems in Stillwater and Beaver River by holding a fact-finding meeting.  END_OF_DOCUMENT_TOKEN_TO_BE_REPLACED

The APA recently approved a variance from the Town of Webb thereby allowing the Town Board to begin seeking construction bids for Phase 2 of the Tobie Trail Project.

A pre-bid conference will be held on Wednesday, August 22 at the Town of Webb Town Offices on Route 28 in Old Forge.

Sealed bids for the furnishing of all labor and material necessary for Tobie Trail Phase 2 will be received by Nanci Russell, Town Clerk, until 11 a.m. on Friday, August 31, at which time they will be publicly opened and read aloud. 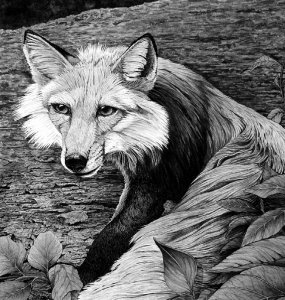 View will hold an opening celebration for the 31st Annual Adiron-dacks National Exhibition of Ameri-can Watercolors on Friday, August 10 from 5 to 7 p.m.. The event will feature live music as well as refreshments.

The Annual Adirondacks National Exhibition of American Watercolors is View’s most anticipated and renowned exhibition. The highly competitive exhibition features aqua media works on paper from many of the best living painters in North America.

It has been ranked one of the ten best competitive watercolor exhibitions in the country by The Artist’s Magazine, and has received numerous endorsements and accolades. The opening reception is free to View members.

The exhibition will be on display from Saturday, August 11 through Monday, October 8.

A continental breakfast and gallery walkabout will take place on Saturdary from 10: 30 a.m. until noon with M. Stephen Doherty, Editor of Plein Air Magazine, who will lead a group discussion about the paintings displayed in the exhibition.  END_OF_DOCUMENT_TOKEN_TO_BE_REPLACED

The State of New York will side with Herkimer County in a pending lawsuit between the county and the Village of Herkimer, according to a letter sent by Michael F. Donegan, Council for the New York State Commission of Correction.

The lawsuit is the result of a dispute between the Village of Herkimer, which sought to prevent the placement of a new Herkimer County Correctional Facility at the site of the old P&C Foods site on Route 28.

According to Donegan’s letter, the Commission Counsel’s Office “agrees with Herkimer County’s position in its pending action against the Village that state law and regulatory schemes do, in point of law, pre-empt the Village’s zoning authority.”

However, the Commission of Correction has agreed not to intervene at this stage of the suit, which is being presided over by Supreme Court Judge Erin Gall. END_OF_DOCUMENT_TOKEN_TO_BE_REPLACED 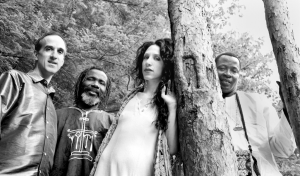 The Bethany and Rufus Roots Quartet will bring folk and world music to View in Old Forge on Thursday, August 16, at 7:30 p.m.

Vocalist, Bethany Yarrow, daughter of Peter Yarrow of the legendary folk-pop group, Peter, Paul and Mary, was surrounded by music while growing up, she said.

“I was always singing with my dad on stage and at rallies. I grew up in the political sphere and I also sang at fundraisers. But I wasn’t really a singer’s singer,” she said.

And singing wasn’t on her mind when she won a fellowship in college to make a feature length documentary in South Africa, called “Mama Awethu!”.

The 1994 award-winning film won prizes at Sundance Film Festival and other festivals and was aired nationally on PBS.

“It ended up being very successful as a documentary, but I didn’t want to be a documentary film maker. It was just something I wanted to say. But singing (professionally) was something I always assumed I would do,” Yarrow said.

After graduating from college she decided to try to make it as a singer. And she did. Her debut CD, “Rock Island,” released in 2003, received great reviews.

Her voice, with her dramatic interpretations of American folk, jazz and blues, has been described as “smokey and mesmerizing.”

END_OF_DOCUMENT_TOKEN_TO_BE_REPLACED

She is survived by her devoted husband LG “Barney” Barnum of 67 years, and by her nephew Robert Anderson of Oneonta.

A Memorial Service will be held at 1 p.m. on Thursday, August 16 at the Big Moose Community Chapel. Betty will rest in peace at the Columbarium of the Chapel should you wish to visit.

Memorial contributions may be made to The Big Moose Ambulance Fund, Eagle Bay NY 13331.

Writers, aspiring writers and the general public are invited to share their written works with others at an Open Mic Night at the Old Forge Library on Wednesday, August 15 at 7:30 p.m.

Award-winning poet and author Mary Sanders Shartle will be the emcee and featured reader of the event. For planning purposes, anyone interested in participating in the program is asked to call the library at (315) 369-6008 ahead of time.