The annual Summer Writers’ Workshops at the Old Forge Library will feature a six-session Adult Workshop and a four-session Tweens & Teen Workshop. 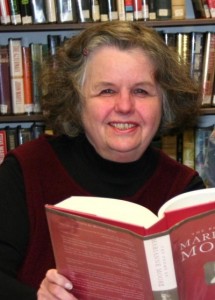 Both workshops will be led by Paula Alida Roy. Roy was chairperson of the English Department at Westfield High School in New Jersey prior to retiring in the Adirondacks.

She continues to work as a consultant to schools and teachers. Her articles about teaching, gender issues and homophobia in schools have appeared in books and journals.

Her poetry has been published by such literary magazines as Blueline, Moon Journal, Waterways, Adirondac, Crone’s Nest, Iris, Earth’s Daughters, and Ruah.

A chapbook entitled The Gradual Day was published in 2004.

She has served as director of the library’s summer writing workshop in the past and as a scholar-facilitator of several discussion and literacy programs sponsored by the New York State Council on the Humanities.

Roy has also created and led a series of film discussions at the Old Forge Library and wrote a reader’s theater production, Old Forge Library: 100 Years and Counting, that commemorates the library’s centennial.

There is no fee for the workshops, but enrollment is limited.

In collaboration with Adirondack Center for Writing a special Open Mic reading will take place on Wednesday, August 13, at 7:30 p.m.