Dating this column almost always gives me my first opportunity to write down the number of the new year…and here we go again.

The year 2013 ended with a bang, as Karen and I celebrated our 50th wedding anniversary.

Karen didn’t want any big party as she parties at the Old Forge Library all the time. And with the library celebrating its 100th anniversary this year, festivities will be on-going.

Since I last wrote, the shortest day of the year has passed. Winter began (or should I say ended) that weekend, but is now making a comeback.

We had some super cold temperatures and some unusually warm ones for this time of year as it hit 51 one day and minus 22 on another. 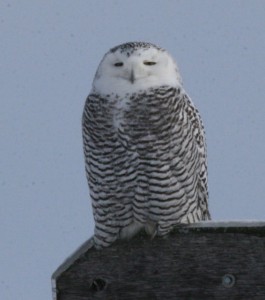 The one day we were on the warm side of that front that moved through, it hit 41 degrees and heavy rain fell in the morning.

My brother over in Willsboro on Lake Champlain had 23 degrees that same morning and four inches of sleet in his driveway.

Other folks who had freezing rain lost their power. Some parts of Canada, Michigan and Maine still haven’t had their power restored.

We lost all of that great snow we had and not much has come back yet.

Tug Hill has gotten some lake effect snow, and so has Rochester and Syracuse. But all we got was a dusting and some freezing rain the other day (12/28).

I was cruising along on my way to Raquette Lake that day. The temperature in Old Forge was 35 and it was raining, but on heading north it was 32 and freezing on the highway.

I did a couple quick zigs and zags before slowing down as you could skate on the highway.

I was really surprised that no cars were off the highway on my return trip. There was a lot of traffic and drivers were not slowing down much.

I saw one pickup truck on my side of a turn. I don’t know if the driver just couldn’t get around the turn or was sleeping, but I missed him. I was glad to get into my driveway that day.

The cold nights without snow did make some ice, but water is still moving after all that rain. This is making conditions on some parts of the lakes hazardous for travel. Be careful out there, as water coming out of the inlet to Fourth Lake goes a long way out into the lake.

The ice storm to the north of us moved several birds down this way to seek food that wasn’t ice-covered.

I saw red crossbills eating grit on the Limekiln Road one day and some snow buntings the next.

Anne and Rod Phinney have a snow bunting and a female cardinal at their feeder, while many others are reporting different birds moving to their feeders.

I still have a chipmunk feeding under my feeder every day. He is traveling way down by the pond to his home in a hollow log.

He fills his cheeks and runs a long way to his home before returning for another mouthful.

The turkeys are still finding beechnuts and seeds from the maple trees to eat, so I haven’t had to move the feeders yet. When they do come you will need some corn to feed them as there are a lot of them out there.

I haven’t seen any bear tracks this week but lots of turkey tracks.

The snowy owls are also here in big numbers. I’m sure more will be moving in with all the ice to the north of us.

One was reported at the Griffis Air Base and several in the Champlain Valley and Vermont farm country.

My friend Ellie George saw six on one day last week. She actually watched one bust through the ice-covered snow and catch a vole, so they are finding food to eat.

One has been reported as far south as North Carolina.

Some folks are still feeding the deer, which is illegal. In doing so they are making the deer come across the highways from their protected area to get to the food.

So instead of saving them they are killing them and causing accidents on the highway.

My eagles need something to eat, but this isn’t the way to feed them.

No New Years resolutions this year. I hope you all had a happy one and that winter returns to the north country.

It features articles contributed by local writers which cover most of the outdoor activities available in the Adirondacks.

The magazine is available at information centers, the local library and at View, the arts center in Old Forge.

Up and down winter weather is not good for many of our wildlife friends living outside, but that’s another story. See ya.