Their selection was based on a short essay, a recommendation from the school’s vocal music instructor, Valerie Gaudin and previous experience in theatre. 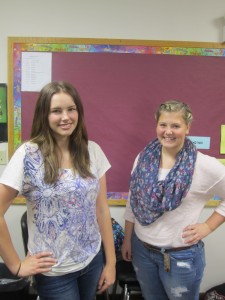 Two students from 33 area school districts were invited to participate in the program. The goal of the program is to engage area teens and encourage their interest in theatre.

As Youth Ambassadors, the students receive tickets to all five of the Broadway Theatre League shows and will be required to write a review or critique about each show. They are also encouraged to post their thoughts about the shows on Facebook or Twitter.