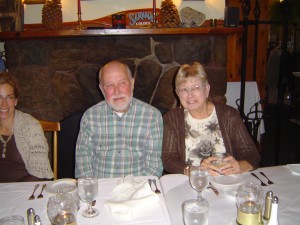 The Central Adirondack Search and Rescue Team (CASART) came into being on June 26, 2003, the brainchild of Greg O’Hara of Inlet. Greg believed that lives could be saved if a group of trained volunteers were readily available to assist Forest Rangers in searching for lost individuals.

From that day to this, Greg has maintained a leadership role in the organization. He has been a member of the Board of Directors since CASART’s inception, serving as president for eight of those years.

Now that CASART is in its 10th year of existence, it has grown to be one of the largest search and rescue teams in New York state, as well as the best trained and equipped team.

Greg has decided to decline a position on the Board of Directors for the coming year but expects to remain active in CASART.

Since the team is firmly established with many valuable members and leaders, he hopes to gain some time for his personal interests and pursuits.

In a speech by Roy Reehil, current CASART president, Greg was honored for his devotion to the organization and for the success of the team which is directly related to his leadership skills. 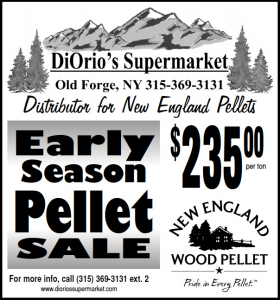 Roy also spoke of Greg’s wife, Carolyn, and her hard work in acting as Communications Director for the team.

She and her team of “call girls” were vital in notifying members when CASART was activated to assist the Rangers in a search.

Greg and Carolyn were presented with a poster board containing team photos and personal well-wishes from members in attendance.

In a motion from the floor during the meeting, Greg was unanimously named “Board Member Emeritus” in the hope that he will continue to attend meetings to share his knowledge and expertise in the future.