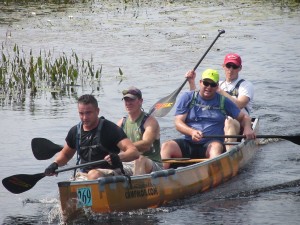 B. Litwin, Kevin Birtle, Brian Vandelinder, and A. Pritchard. Photo by Gina Greco

A crowd of spectators gathered at the Old Forge lakefront on Friday, Septem-ber 5 to send-off the 275 participants in the 32nd Adirondack Canoe Classic, known as the 90-Miler.

The three-day race that ended at Lake Flower in Saranac Lake on Sunday, September 7, was won by a team of racers from Michigan—Bruce Barton, Mike Davis, Weston Willo-boughby and Zach Mack—who finished the race in 11 hours, 40 minutes and 43 seconds. 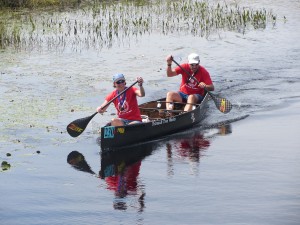 The field of racers, paddling a mix of canoes, kayaks and guideboats, included over 100 event newcomers and 50 members of the Gold Canoe Club—people who have managed to finish 20 or more 90-Milers, according to Race Director Brian McDonnell. 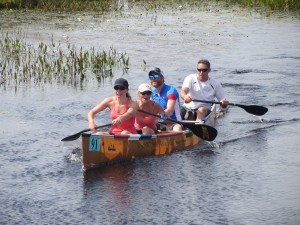 This year’s race saw a number of youths ages 10 and 11, as well as the return of John Jackson of Queensbury, NY, who at the age of 82 was the “elder statesman,” McDonnell said.

Winning the longevity award was Ray Morris of Moreau, NY, who has participated in all 32 races, followed by “the Queen”, Holly Crouch of Sherburne, NY, who missed only one race during military service in Afghanistan. 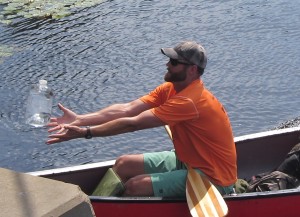 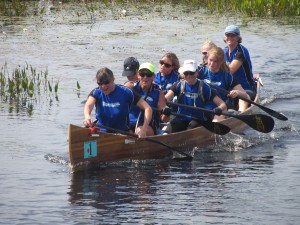 Local participants, their race class and times are as follows: 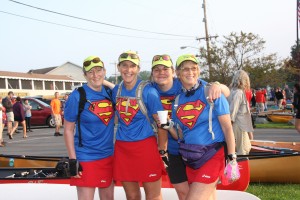 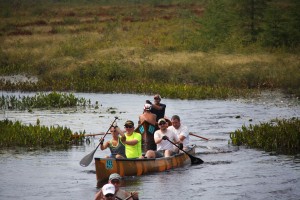