This year’s event dedicated to memory of Bob Lowenberg 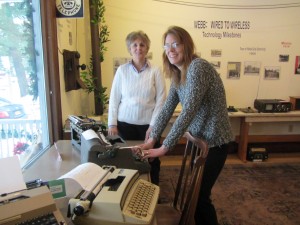 The trustees of the Town of Webb Historical Associa-tion invites all members and the public to its annual Holiday Open House on Sunday, December 8 from noon to 3 p.m.

The event, which will be held at the Goodsell Museum at 2993 State Route 28, will mark the official opening of the organization’s featured exhibit, “Webb: Wired to Wireless-Technology Comes to Town,” which chronicles the technological changes brought to the area in the last hundred years.

Refreshments will be served.