The 4th Annual Freedom March of the Adirondacks will be held on Sunday, June 28.

The event includes a 13-mile walk from Inlet’s Fern Park to Van Auken’s Inne in Thendara and a 5K walk/run which will begin from Van Auken’s. 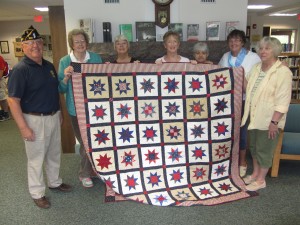 The Pointed Pine Quilters have handstitched a quilt that will be raffled by American Legion Post #893 to benefit its Wounded Warrior Project.

The patriotic-themed quilt features blocks of red, white and blue and will be on display at the Legion Post and various other locations throughout the summer.

One thousand tickets will be sold at $2 each or three for $5 and can be purchased from  legion members. Legion volunteers will be selling tickets during multiple events throughout the summer and fall.

The quilt will be raffled when tickets are sold out.

The Polar Bear Plunge held at the Town of Long Lake public beach raised over $4,500 for The Wounded Warrior Project on Saturday, December 27.

The event is offered as a cold, yet fun way to raise money.  END_OF_DOCUMENT_TOKEN_TO_BE_REPLACED 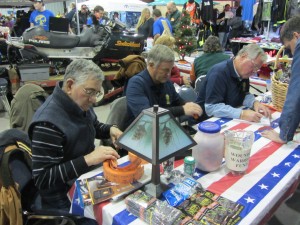 The American Legion members of Post 893 would like to thank all who supported and purchased raffle tickets for our Wounded Warrior Program over Snodeo weekend. All proceeds will be used to bring five families from Fort Drum to Old Forge with an all-expense paid weekend in June.  END_OF_DOCUMENT_TOKEN_TO_BE_REPLACED

A group of 20-plus Wounded Warriors from the 10th Mountain Division at Fort Drum will come to Old Forge on Thursday, July 10 for a paddle down the Moose River. 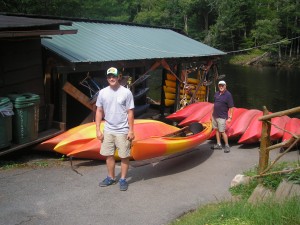 West Tickner, left, and Dick Olson readying a kayak for launch at Tickner’s on the Moose River. Photo by Marianne Christy

Host members of Old Forge American Legion Post 893 will greet the paddlers and their military support staff at Tickner’s Canoes where they will pick up their crafts for transportation to the North Street drop-in point of the river. END_OF_DOCUMENT_TOKEN_TO_BE_REPLACED 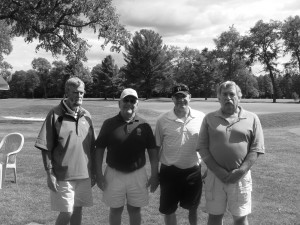 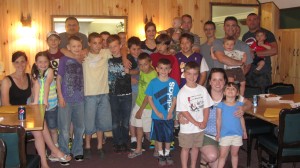 The Toniatti, Colby, Frenandez and Hendrix families at the Legion. Photo by Gina Greco

The weekend was supported by a year-long, fund-raising effort through the legion’s Wounded Warrior Project, which provides an expense-free stay in Old Forge for soldiers injured in the line of duty and their families. This is the Legion’s fifth year of hosting the event. END_OF_DOCUMENT_TOKEN_TO_BE_REPLACED