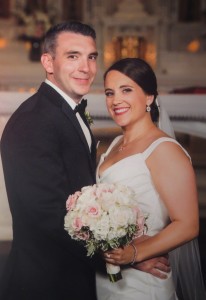 The bride is the daughter of Mary Grueniger of Saratoga Springs, NY and Rolf Grueniger of Lindenhurst, NY. The groom is the son of Robert and Cathy Dibble of Old Forge.

The bride was attended by Maids of Honor Christine Grueniger and Elisabeth Grueniger, her sisters; bridesmaids Denise Payne, sister of the groom; Megan Cormier, cousin of the bride; friends of the bride Michelle McQueen, Rebecca Oyer, Jenny Eakin, and Mary Virtuoso; and bromaid Steven Von Glahn, friend of the bride.

A reception at Canfield Casino in Saratoga Springs followed the ceremony.

They reside in Greenfield Center, NY. 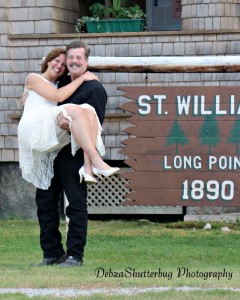 After a champagne and wedding cake reception in the boathouse at St. William’s, the wedding party and guests boarded the W.W. Durant where, according to Captain Dean Pohl, they witnessed the best sunset of the season while enjoying a delicious dinner. END_OF_DOCUMENT_TOKEN_TO_BE_REPLACED 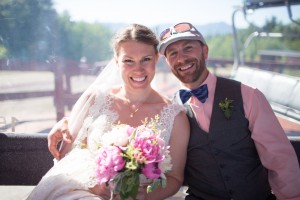 Wedding music was orchestrated and performed by the bride’s uncle, Gannon Kashiwa and cousins Hennie and Charlie Kashiwa.  END_OF_DOCUMENT_TOKEN_TO_BE_REPLACED 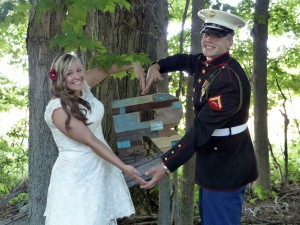 Jamie L. Mihalko and Adam J. Reynolds were married at the Boonville home of the bride’s parents on Saturday, August 22, 2015 with family and close friends in attendance.

The bride is the daughter of Audrey and James Mihalko of Boonville, NY. She is a 2005 graduate of Adirondack Central High School and is a nurse at Duke University Hospital in Raleigh, NC.

The groom is the son of Lisa and Rick Backer, also of Boonville, and the late Dave Reynolds. A 2006 graduate of the Town of Webb School in Old Forge, Adam is now in his third year in the U.S. Marine Corps. He has served overseas in Japan and South Korea.

The couple resides in Raleigh, NC.

Timothy and Patricia Harwood of Old Forge are happy to announce the engagement of their daughter, Amanda, to David Bennett, son of Robert Bennett and the late Hilary Bennett of Fairfield, CT.  The couple got engaged in Newport, RI in June. END_OF_DOCUMENT_TOKEN_TO_BE_REPLACED