The Inlet Historical Society is proud to announce the 2nd Annual Inlet Bass Derby and the society’s role as new host for the event on Sunday, June 26th, 2016.

The Derby allows for fishing of all waters of the Fulton Chain between Old Forge Pond and Fifth Lake.

A total of up to five Legal Black Bass will be weighed in. Registration forms are available at www.InletNY.com or stop by the Inlet Information Office located in the hollow of downtown Inlet! END_OF_DOCUMENT_TOKEN_TO_BE_REPLACED 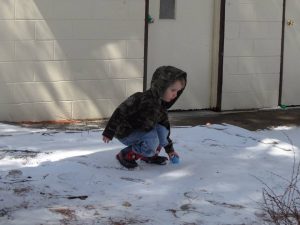 For many years, the Inlet Youth Commission has sponsored an annual Easter egg hunt for children 12 and younger. That event took place this year on Saturday, April 9, somewhat after Easter, in order to include those who were away on spring break.   END_OF_DOCUMENT_TOKEN_TO_BE_REPLACED

Inlet’s Leonard Mick Roberts American Legion Post #1402 preliminary plan to redevelop the memorial was presented to the board by Post Commander Jerry Dupuis at its monthly meeting on February 9 and was supported unanimously. END_OF_DOCUMENT_TOKEN_TO_BE_REPLACED

The Town of Inlet and the Inlet Area Business Association would like to say Thank You to all those who made the 13th Annual Frozen Fire & Lights a great success!

The club maintains and grooms trails adjacent to the Towns of Webb & Inlet trail systems. END_OF_DOCUMENT_TOKEN_TO_BE_REPLACED

The monthly Senior Citizens Luncheon in Inlet was held at the senior room in the Inlet Town Hall on Tuesday, December 8th.

During the event, members of Inlet’s American Legion Post #1402 unveiled and presented a new American flag to the seniors for display in the Senior Room.

The flag will also be used during the annual concert that will be held under the tent in Inlet’s Arrowhead Park on Friday, July 29th.

Following the luncheon, the seniors were entertained by Inlet Common School students, who under the direction of Lorraine Fay, sang a selection of Christmas carols.