This five percent increase continues a trend, with state park attendance being up a nearly 14 percent since Cuomo took office in 2011. END_OF_DOCUMENT_TOKEN_TO_BE_REPLACED

In the past six months, as your new Lieutenant Governor, I have been proud to join Gov. Andrew Cuomo and his fight to improve the lives of New York’s families.

My travels have brought me many times to Central New York, particularly to my alma mater, Syracuse University.

END_OF_DOCUMENT_TOKEN_TO_BE_REPLACED

Governor Andrew M. Cuomo unveiled a seven-point framework of the NY Parks 2020 Plan that will leverage approximately $900 million in public and private funding to modernize the State park system.

The announcement was made on Monday, March 2, but NY Parks 2020 was previewed in the Governor’s Opportunity Agenda.  END_OF_DOCUMENT_TOKEN_TO_BE_REPLACED 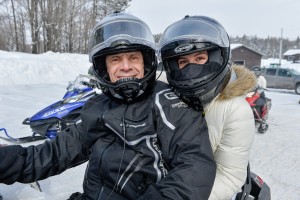 Governor Andrew Cuomo and his daughter, were in the
area last week to enjoy some snowmobiling on the Tug Hill. Photo submitted

Old Forge, known since the 1960’s as the Snowmobile Capital of the East, will join Governor Cuomo and communities across the North Country in a special celebration of winter activities over the weekend of March 7 and 8.

To encourage more snowmobilers to come and enjoy New York, the registration requirement for out-of-state snowmobiles will be waived.  END_OF_DOCUMENT_TOKEN_TO_BE_REPLACED

The Adirondack Council, though largely pleased with Governor Andrew Cuomo’s stated focus for the Adirondacks in 2015, is calling on the New York State Legislature to go even farther than proposals being advocated by the governor.

END_OF_DOCUMENT_TOKEN_TO_BE_REPLACED

The federal government set a hard deadline of February 22, 2014 for states to set new standards to prevent misuse of welfare dollars or risk losing funding—$120 million in New York State.

The reforms were required to prevent the use of EBT cash withdrawals for cigarettes, adult entertainment, gambling and other inappropriate uses.

Gov. Cuomo says the state is in the clear due to internal agency reforms that were submitted by the Office of Temporary and Disability Assistance.

Unfortunately, the reforms consisted of internal agency policy, and time will tell if the federal government accepts this as enough to meet its standards. END_OF_DOCUMENT_TOKEN_TO_BE_REPLACED

Last week, Governor Cuomo made a very insensitive statement about those Republicans (and numerous Democrats) who have disagreed with some of his recent proposals and laws.

Frustrated that his agenda has consistently met bipartisan opposition from across the state, the Governor took to the radio to call those of us who have legitimate disagreements with him “extreme” and stated that those who agree with us “have no place in the state of New York.”

As an elected official, I’m used to being called names, but for the Governor to levy such an insult on people he is paid to represent crosses a line.

It is unconscionable for him to spend his time attacking such “extremes” as private religious views held by several million New Yorkers, while remaining painfully silent on the extremes that are having a very real and very negative impact on New Yorkers in their everyday lives. END_OF_DOCUMENT_TOKEN_TO_BE_REPLACED