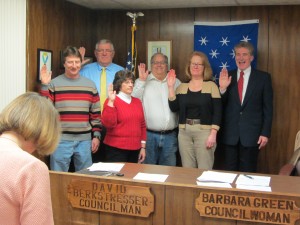 The Town of Webb Board considered and adopted resolutions needed to conduct town business in 2016 at an Organizational Meeting held on Monday, January 4 in Old Forge.

Regular Town Board meetings were designated to be held on the second Tuesday of each month.

Depositories will be the Old Forge branches of Community Bank and Adirondack Bank.

The Town of Webb, which alternates its newspaper yearly, designated the Adirondack Express for legal advertising in 2016.  END_OF_DOCUMENT_TOKEN_TO_BE_REPLACED 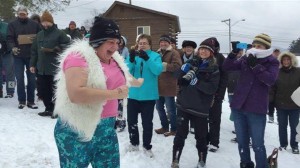 The annual Polar Bear Plunge was held at the public beach in the Town of Long Lake on Satur-day, January 2, raising over $3,200 for The Wounded Warrior Project.

This year, there were 24 brave plungers, according to event organizers, who describe it as a fun way to raise money. END_OF_DOCUMENT_TOKEN_TO_BE_REPLACED

The Cross of the Order, a Maltese Cross with a unique towing icon sculpted inside, is awarded to a towing professional for his or her dedication to the towing trade and for serving the community. END_OF_DOCUMENT_TOKEN_TO_BE_REPLACED

According to the report, a traffic stop on NYS Route 28 in Old Forge resulted in the arrest of the defendant for the above charges. He was issued an appearance ticket returnable to Town of Webb Court at a later date. END_OF_DOCUMENT_TOKEN_TO_BE_REPLACED

Area residents have reportedly received calls that have been identified as an Internal Revenue Service phone scam.

According to Joel Marmelstein, a seasonal resident and former State Assistant Attorney General in charge of the Utica Regional Office, he and many friends have received the calls that he says are, “one of the most convincing, and therefore frightening, announcements I have heard…and I have reviewed many.”

The calls begin with “You are being sued by the Internal Revenue Service.”

Marmelstein suggests Googling “IRS telephone scam” for web sites from the IRS and other agencies that would provide valuable information.

Thanks to you, a generous public, our 21st Annual Hospice Memorial Tree was a huge success.

Within seven days, 107 ornaments adorned the tree, representing $1,263 in donations to help support The Hospice goal of enabling a person the dignity, integrity and personal choice of spending his or her last days at home.

A special thank you to Julie Case and her wonderful crew at Kinney Drugs for allowing us a special corner of the store, and to all of you who made this possible. 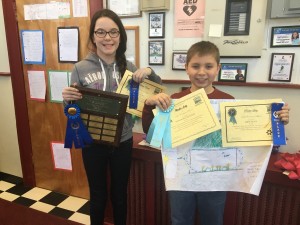 Chelsea Clark was the overall winner for the sixth grade essay contest and Richie Lutz received honorable mention in the poster contest.   END_OF_DOCUMENT_TOKEN_TO_BE_REPLACED