The graveside service for Sharon M. Graham, who passed away peacefully at her home on March 27, 2015 following a long illness, will be held Monday, May 11 beginning at 11 a.m. at the Riverview Cemetery, Old Forge.

Arrangements are under the direction of the Trainor Funeral Home, Boonville.

Q: What is a grandfathered structure?

A: A structure that lawfully existed at the time a law, rule or regulation was enacted into law. It had to be there when the law was made.

Q: The structure had to be there when the law was made? My parents tore down the old camp that was right on the water in the 1950’s, can it be replaced now?

A: Sorry, no. The APA was created in 1973 and the Town of Webb Zoning was adopted in 1965. If the structure was removed in 1950, it did not exist when the new regulations were enacted. However, a boathouse, without habitable space, may be able to be built. END_OF_DOCUMENT_TOKEN_TO_BE_REPLACED

Town of Webb and Inlet students that participated in the the NYSSMA Solo Music Festival in Carthage. Photo Submitted

The participants of the Senior Health Activity and Recreation Program (SHARP) look forward to welcoming senior summer residents as they return.

As SHARP continues into the summer we hope to see many new faces joining us as we anticipate enjoying many fun summer activities.

We will kick off our summer program with our first community fundraising event on Saturday, June 6.  END_OF_DOCUMENT_TOKEN_TO_BE_REPLACED 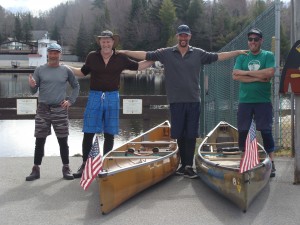 Four paddlers from the High Peaks area of the Adirondacks were the first of the season to launch from the shores of the Old Forge lakefront headed to Kent, ME along the 740-mile Northern Forest Canoe Trail.

The paddlers departed at approximately 10 a.m. on Friday, May 1 and said they expected to complete the trip in three-and-a-half weeks.

A huge thank you must go out to everyone who participated in the CAA’s regional Community Pride Day.

On Wednesday, May 6, over 800 volunteers, students and teachers were out and about cleaning up the streets in Thendara, Old Forge, Eagle Bay, Big Moose, Inlet, Raquette Lake, Blue Mountain Lake, Long Lake, Indian Lake, Lake Pleasant and Piseco!  END_OF_DOCUMENT_TOKEN_TO_BE_REPLACED

School-aged  children were released from some of their classes to participate in the regional beautification initiative, with Town of Webb students competing against each other to see which class could collect the largest amount of garbage, in weight. (The sixth grade class was the winner.)

Long Lake reportedly picked up between 1,500 and 1,800 pounds of garbage, which included lots of metal pipes. Volunteers up that way said the most common items picked up, besides bottles, were foam, lottery tickets and cigarette butts. 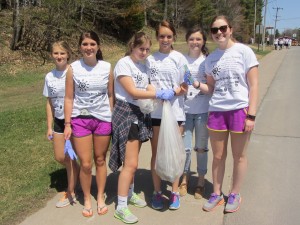