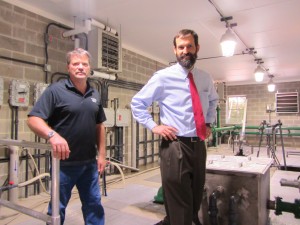 RIGHT: William Janeway, the Adirondack Council’s new executive director, was on hand to offer praise to the Town of Inlet when its new wastewater treatment facility was officially opened in September.
Photo by Gina Greco

The Adirondack Council has released its 2013 State of the Park Report, a 20-page illustrated review of more than 100 actions taken by local, state and federal government officials, that briefly explains what they did to help or hurt the ecology and economy of the Adirondack Park over the past 12 months.

The non-partisan account has been published each October since 1986 as a report card intended to hold government officials accountable.

“The Adirondack Park can be, and should be, the world’s greatest example of how a modern society can live in harmony with nature. Local officials are recognizing more than ever that their communities depend upon the health and beauty of the public Forest Preserve for their survival. END_OF_DOCUMENT_TOKEN_TO_BE_REPLACED

The Adirondack Scenic Railroad will offer plenty of Halloween spooktacular fun aboard the Pumpkin Trains that will depart from Thendara Station on Saturday and Sunday, October 19 and 20th. 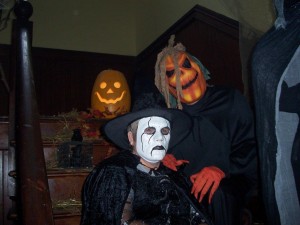 Young passengers are invited to dress in costumes. Prizes will be awarded each day to those wearing the best costumes with the winners receiving four tickets aboard the Adirondack Scenic Railroad’s 2013 Santa Claus Train Ride. END_OF_DOCUMENT_TOKEN_TO_BE_REPLACED

Moosefest, an annual whitewater kayaking event on the Moose River, will take place Friday through Sunday, October 18 to 20th. The weekend’s events will kick-off on Friday night with a film fest at the Strand Theatre from 8 to 10 p.m. featuring a number of whitewater-themed short films.

Dave Gardner of Mountainman Outdoor Supply Company in Old Forge, organizer of the film fest, said his motive is to get people excited for paddling on Saturday and Sunday.

END_OF_DOCUMENT_TOKEN_TO_BE_REPLACED

With the summer season over and the fall season coming to a close, Mike Farmer, tourism/publicity director for the Town of Webb, recently discussed his tourism marketing strategy and how he believes Governor Cuomo’s $60 million New York State tourism campaign has contributed to the local economy.

Since the campaign’s announcement in May, Cuomo has showcased the Adirondacks in press releases, press conferences and television ads, initiated and participated in the Adirondack Challenge whitewater race, and started an international marketing campaign in the United Kingdom for I Love NY that includes the Adirondacks.

“His job is to shine a spotlight on the Adirondacks, which he has done both nationally and internationally,” Farmer said.   END_OF_DOCUMENT_TOKEN_TO_BE_REPLACED

The Polar Bear Ski Club will hold a membership meeting at the board meeting room at the Town of Webb Offices on Route 28 on Wednesday, October 23 at 5:30 p.m. All present members and anyone interested in becoming a Polar Bear or Cub is welcome to attend.

Also, anyone interested in adding their name or business to the sponsorship board outside of the McCauley Mountain Chalet is asked to contact Kathy Rivet at (315) 369-6346 by November 1st. END_OF_DOCUMENT_TOKEN_TO_BE_REPLACED

The Inlet Youth Commission will host its annual Halloween Parade and Party on Friday, October 25. Parade line-up begins at 6:30 p.m. at the parking lot between St. Anthony’s Church and the Church of the Lakes on Main Street.

Following the parade through town, all are invited to the Inlet Emergency Services Building for costume judging and refreshments. 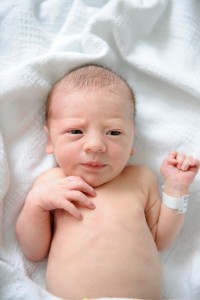 John and Heather Eddy of Brooklyn, NY have announced the birth of their first child, Matthew David, born August 21, 2013.

Grandparents are Mark and Lori Eddy of Old Forge and Jim and Michelle Carroll of Otter Lake.