Classes will be held Friday and Saturday at the Strand Theatre and at the George T. Hiltebrant Recreation Center and Pavilion on North Street.

Outdoor instructional classes will be held on North Street and adjacent to the Fire Hall.

END_OF_DOCUMENT_TOKEN_TO_BE_REPLACED

Over 150 citizens gathered for a public meeting at the Town of Webb Park Avenue Building in Old Forge on Monday, September 9 to discuss the Remsen-Lake Placid Travel Corridor with officials representing the NYS Department of Environmental Conservation and Department of Transportation.

The purpose of the meeting was to gather comments from the public and stakeholder groups about “where we’ve been and where we might go” in regards to the corridor, a 119-mile rail line that runs from Remsen through Thendara, Big Moose, Tupper Lake and Saranac Lake to Lake Placid.

Rob Davies, Director of Division of Lands and Forests for the DEC and co-chair of this initiative, told the audience that their objective was to review the 1996 Unit Management Plan and determine whether it should be revised, amended, or remain as is.

END_OF_DOCUMENT_TOKEN_TO_BE_REPLACED 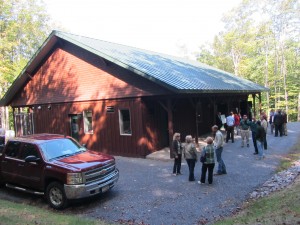 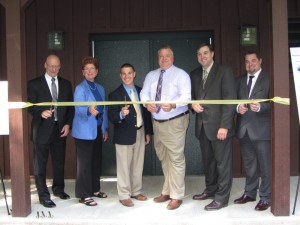 END_OF_DOCUMENT_TOKEN_TO_BE_REPLACED

Republican primary elections were held locally in the Towns of Forestport and Long Lake on Tuesday, September 10th. All results are unofficial pending the receipt of absentee ballots.

Hasenauer will remain on the November ballot as the Conservative party candidate.

For Highway Superintendent, incumbent William G. Gardner took 55.62% of the vote over Louis J. Sowich who received 44.07%. Gardner received 183 votes, Sowich took 145, and with one write-in there was a total of 329 votes. END_OF_DOCUMENT_TOKEN_TO_BE_REPLACED

The Central Adirondack Association Board of Directors passed a resolution on Thursday, September 5 in support of maintaining the rail and recreation trail system on the Remsen-Lake Placid travel corridor.

The resolution supports the original concept of the 1995 DEC Unit Management Plan for the railroad corridor, which provides for the development of rail service and a recreational trail.

In the resolution, the CAA directors acknowledge the proven economic impact of the Adirondack Scenic Railroad for the local communities, the historical and cultural significance of the railroad, and the access provided by the railroad for the physically challenged.

END_OF_DOCUMENT_TOKEN_TO_BE_REPLACED

Members of the Old Forge Garden Club will be conducting a plant sale at the Old Forge Farmers’ Market on Friday, September 13th. Plants, seeds and shrubs will be available for sale at great prices. Proceeds of the sale will help fund the purchase of plants for spring planting at Point Park.

The market is located on Park Avenue, behind Old Forge Hard-ware, and is open from 1 to 5 p.m.

All are welcome to join library elves Jingle Belle and Snowflake in the 3rd annual Old Forge Library Elf Walk on Wednesday, October 2 from 3:30 to 5:30 p.m.

Participants will walk a total of three miles from the library to Thendara and back. Shuttle service back to the library will be provided for those choosing to walk one way.

A pizza party for all participants will follow the walk. Prizes for the most money donated for sponsorship will be awarded in the Individual and Group categories.

The Town of Webb School Key Club and Snowflake have dominated in most money raised  for the past two years in their categories and are challenging other groups and individuals to outdo their efforts. END_OF_DOCUMENT_TOKEN_TO_BE_REPLACED