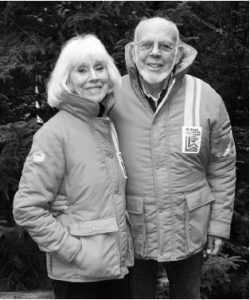 “It was very elemental—with pencils, etc.,” said Carol, who also helped with the timing. END_OF_DOCUMENT_TOKEN_TO_BE_REPLACED

Leo Maloney, president of the NYS Outdoorsmen Hall of Fame, has announced that Greg O’Hara of Inlet will be one of seven 2013 inductees to the hall of fame.

O’Hara was notified of the honor by his nominating sponsor, outdoor writer Gary Lee.

Lee’s sponsorship letter cited O’Hara’s efforts in organizing and offering training to CASART, the Central Adirondack Search and Rescue Team in June of 2003.

Now in its 10th year, CASART, under O’Hara’s guidance, has grown to become one of the largest search and rescue teams in New York state, as well as the best trained and equipped team.

O’Hara’s nomination was solidified by a series of letters of recommendation by DEC rangers and search and rescue personnel, praising his work as CASART’s founder.

“Greg O’Hara epitomizes what we look for in a Hall of Fame candidate. He is someone who selflessly gives of his time in an effort to improve the outdoor experience and make it safe and enjoyable for everyone,” Maloney said.

The induction ceremony will be held at the Rusty Rail Restaurant on Route 5 in Canastota on Saturday, April 27. 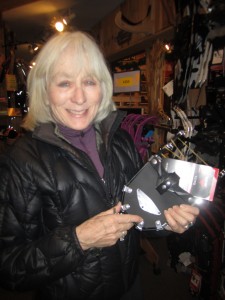 The event is part of the Old Forge Winter Carnival and will include snowshoe and cross-country ski events.

Held in cooperation with Mountainman Outdoor Supply Company and MSR snowshoes, the event will also include a New York State-USA Sanctioned Snowshoe Race.

Snowshoes for the challenge will be provided free of charge by Mountainman, and the outdoor outfitter’s staff is expecting more participation than in previous years due to the recent surge in popularity of the sport.

According to Mountainman staffer Chad Hiatt, snowshoe sales caught up with those of cross-country ski equipment last winter, and have eclipsed them by 30 to 40% this season.

Store manager Nanette Burke believes there has always been a core group of people who enjoy getting out on snowshoes because of the opportunity it affords them as non-skiers to get out in the fresh air and wilderness. END_OF_DOCUMENT_TOKEN_TO_BE_REPLACED

Bud was born May 29, 1933 in Syracuse, N.Y., to Ronald and Mary (McKibben) Brownell. He attended elementary, middle and high schools in Utica, N.Y.

After serving in the Korean War, he married Lois Marilyn Brooks of South New Berlin, N.Y on Aug. 21, 1957.

He attended Utica College and was then employed by Adressograph as a serviceman for several years.

Bud grew up as an avid outdoorsman and he loved horses and he lived to ski.

He worked as a golf caddy, he taught skiing at Snow Ridge in upstate New York, and he ran a yacht club in the summers in the Adirondacks.

Deciding to teach skiing full time on big mountains, Bud brought his family to Aspen in 1964, where he worked as a ski instructor for the Aspen Skiing Co. for over 20 years.

Bud loved to be doing anything outside. He was an explorer with an amazing sense of humor.  END_OF_DOCUMENT_TOKEN_TO_BE_REPLACED

During a meeting of the Town of Webb Board on Tuesday, February 12, Supervisor Ted Riehle asked the Town Board to consider passing a resolution in support of asking New York state to review the Unit Management Plan for the Remsen to Lake Placid rail corridor to determine what is best for its future.

The corridor has been the topic of much discussion recently and created a widespread controversy that has prompted six other towns to make a similar request to the state.

The controversy stems from two opposing viewpoints of the railroad’s future—those who want to restore full rail service and those who want to see the rails replaced with multi-sports trails.

The general consensus of the Board is that there has been a lot of information on the topic, but also a lot of misinformation.

By bringing in the state to review the UMP, the public will then be able to have a better idea of what the facts are and will therefore be able to make an informed and educated decision on the railroad’s future.

I can certainly appreciate the benefits for Old Forge, but I need a lot more information before I will be able to make a decision,”  Riehle said.

The annual Snowmaker’s Ball Fundraiser will be held Friday, February 22 from 7 p.m. until midnight at the chalet at McCauley Mountain.

The event proceeds will benefit the Kinderwood Preschool Program.

“The Kinderwood Board works very hard to keep tuition down. While our scholarship needs have grown by 50% over the past couple of years, we haven’t raised tuition in six years,” said Kinderwood Director Page Hannah.

Diane Heroux, Kinderwood head teacher and coordinator of the event, said the program is dependent on outside funding to support its educational needs.

She cited some changes to this year’s program, including the addition of Amy Bartel to the staff, added curriculum, and an increase in teaching materials.

Fundraising events such as the Snowmaker’s Ball helps to assure that the Kinderwood program will continue to provide the best pre-k program possible to local children.

The inaugural Snowmaker’s Ball was held in the winter of 1998.

The initial suggestion came from Kinderwood founder Mirnie Kashiwa who wanted to hold a fundraising event during the winter season.  END_OF_DOCUMENT_TOKEN_TO_BE_REPLACED

The Winter Carnival Castle at McCauley. Photos by Wende Carr

A group of local contractors pooled their building and design skills on Tuesday, February 12 to construct the ice castle for this weekend’s Old Forge Winter Carnival at McCauley Mountain.

The castle is traditionally created by a work crew in one day, then later decorated by another group of volunteers.

The theme for this year’s Winter Carnival is “Celebrating Valentine’s Weekend.”