Thanks to the volunteer efforts of Don Murphy Construction, TA Down Construction, Tony Lawrence, Mark Hannah, and Jim Holt, construction on the foundation and the platform for the new yurt at McCauley Mountain is well underway.

The yurt will arrive sometime between November 21 and December 1, said Will Hollister, Polar Bear Ski Club representative and coordinator of the project.

Once the yurt arrives, Hollister invites volunteers to participate in a work weekend to help with its installation, and build and arrange the interior lockers.

The addition of a yurt to McCauley Mountain came from a need to house the countless racers who come to compete at McCauley, the home mountain for the Polar Bear and Mohawk Valley Ski Clubs.

And the yurt will be arriving just in time. END_OF_DOCUMENT_TOKEN_TO_BE_REPLACED 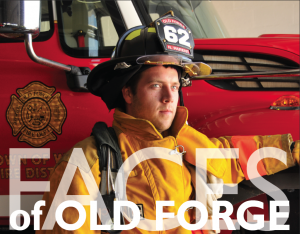 Frankie Zammiello of Frankie’s Taste of Italy is well known for his cooking and gelato-making skills, but a new collaborative effort with View has exposed another of his artistic passions—portrait photography. Zammiello came up with the concept for a Faces of Old Forge calendar earlier this year and proposed the idea to View as a fundraising opportunity.

He provided the photographs, and with the layout assistance of View’s Media Manager Jody Pritchard, the newly released calendar is currently available for sale, with proceeds to benefit the arts center. 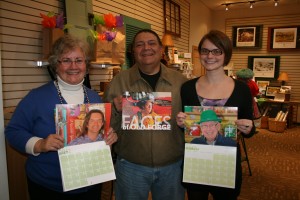 “I’ve always done photography, especially portraits. I came up with the idea for the calendar after photographing the everyday people—the backbone of Old Forge—the faces that everyone is familiar with,” he said.

END_OF_DOCUMENT_TOKEN_TO_BE_REPLACED

The Old Forge Ballet Company will present two performances of the Nutcracker at the Strand Theatre in Old Forge on Saturday, November 19.

A matinee will take place at 2 p.m, and the evening performance will begin at 7 p.m.

A reception at the Forge Motel Lobby will follow the final showing and all are welcome to attend.

The Nutcracker, which has become a local holiday tradition, will feature principal guest artists Jennifer Grapes and Darren McIntyre dancing the roles of Sugar Plum Fairy and her Cavalier.

Tickets for the performance are available at The Naked Moose and Tony Harper’s Pizza and Clam Shack on Main Street, Old Forge, and at the Strand box office the day of the show.

Tickets are $15 for adults and $10 for seniors and teens. Children ages 12 and under will be admitted free of charge.

A Veterans Day Ceremony was conducted from the porch of Old Forge American Legion Post #893 on a blustery Friday, November 11. 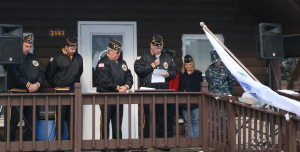 The ceremony began with opening remarks by Master of Ceremonies Bill Ransom who explained to the audience the history of recognizing the holiday on the 11th day of the 11th month at the 11th hour.

The council, which unveiled a draft of its strategic plan earlier this month, believes it to be a solid foundation upon which the North County communities may thrive.

In the plan, eight of the council’s “visions for the future” are highlighted and discussed. Some of the goals include creating the greenest energy economy in the state by harnessing solar and hydropower, which, in the opinion of the council, will see the beginning of an agricultural revolution in the area.

Perhaps most importantly to the plan, however, is the council’s desire to improve and rehabilitate the various railroad lines that run through the North Country. END_OF_DOCUMENT_TOKEN_TO_BE_REPLACED

The historic Thendara Town Hall is in the process of being transformed into Candyland for next weekend’s Adirondack Christmas on Main Street event.

Riders on the Santa Train and other visitors to the area can stop by and see Santa, Mrs. Claus and the elves and enjoy games, refreshments and holiday crafts.

Admission to Candyland is included in the ticket price for train passengers, with a nominal fee charged for non-riders.

Registration for new and past members of the Polar Bear Ski Club is being conducted through November 23. On-line registration is available at: polarbearskiclub.org. Information for nordic/ biathlon is available by calling Janine Phaneuf at (315) 369- 3240. For alpine, contact Kristie Lawrence at 369-8073.