Acoustic musical duo, Mike + Ruthy, will be performing a mix of folk, Americana, blues, and indie rock at View on Saturday, July 13 at 7:30 p.m.

The husband and wife team of Michael Merenda and Ruth Ungar, first began playing music together in New York City in 1999 and are currently residents of Woodstock, NY.

While they have never been to Old Forge, they said they are looking forward to presenting a concert at View.

“Something I like about our life and career is that we play a lot of really beautiful tucked away towns and venues where you don’t expect to actually grow a following, or your career. But actually, you do because there is a more laid back energy and sense of community in those places and people come out and really cut loose and have a good time,” Ungar said.

She said the music she and Merenda perform can be classified as “listening music”—full of interesting lyrics, high and low tempos with a fiddle or a banjo thrown in.

Over the years they have produced four albums, The Honeymoon Agenda, which was written on their honeymoon, Waltz of the Chickadee, Million to One, and The NYC EP which includes a never before recorded song written by Woody Guthrie called, “My New York City.” 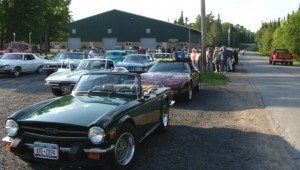 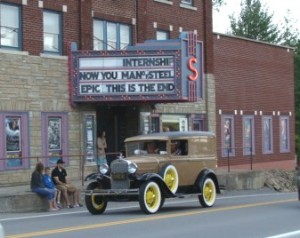 The 16th Annual Father’s Day Classic Car Show took place on Saturday, June 15 in Old Forge, with over 776 spectators visiting the George T. Hiltebrant Recreation Center on North Street to check out the 155 cars on display.

A number of awards and door prizes were given out during the show.

Local winners included Bill Wengert of Old Forge who won an award for the oldest vehicle with his 1930 Ford Sedan Delivery. He was also awarded first place in the Class 1 category of cars from 1900 to 1942.

In the Class 8 Sports Cars, 1986 and older, David Brosemer of Old Forge was awarded second place for his 1962 Triumph TR3B.

The event was co-sponsored by the Central Adirondack Association (CAA), Cooper Kia of Yorkville and Lee Buick GMC of Boonville. Co-chairs were Cindy Beckley and Bob Gates.

The Inlet Common School held their commencement ceremonies for the kindergarten and sixth grade students on Wednesday, June 19 at the St. Anthony’s Community Church Hall in Inlet. END_OF_DOCUMENT_TOKEN_TO_BE_REPLACED

Frank Brown of Frankfort won first place in the heaviest frog category with an 11.5-ounce frog. Caitlin Mazzotta of Utica came in second with her six-ounce frog, and Evelyn Buckley of Vernon took home third place with a four-and-a-half ouncer. END_OF_DOCUMENT_TOKEN_TO_BE_REPLACED

The number of violations being cited by the code office in the last few weeks seems to be more than normal.

Most of them are “repeaters,” meaning that the same, or very similar issue, had been dealt with not too long is the past with the same people.

Some of these are based on complaints; others were discovered through the regular daily activity of the staff.

Just as an example of some of the violations being handled, here is a partial list, without specific locations:  END_OF_DOCUMENT_TOKEN_TO_BE_REPLACED 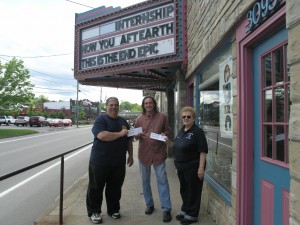 Personnel representing The Old Forge Fire Department and the Old Forge Ambulance Corps surprised Bob Card, co-owner of the Strand Theatre, on Wednesday, June 12 with two donations of $1,000 each to help fund the upgrades necessary to convert the theater to a digital process. END_OF_DOCUMENT_TOKEN_TO_BE_REPLACED 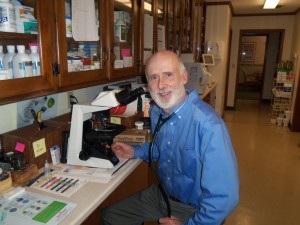 Foothills joins Countryside Veterinary Clinic’s three current locations in Otter Lake, Lowville, and Carthage. The addition of the Boonville location allows for more services for clients and offers support staff to Dr. Terry Hauserman, who will continue on as veterinarian at the Foothills clinic.