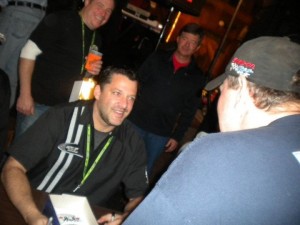 The 6th annual Zippy’s Crusade for Kids held at the Ole Barn Restaurant on Friday and Saturday, January 27 and 28, raised more than $100,000 to help children through various charities and organizations.

The event was sold out with 300 people attending, according to Nan Zipadelli, co-founder of the non-for-profit fundraiser with her husband Greg Zipadelli.

The event went off without a hitch, with many compliments about the people, the food and the venue, she said.

Area families benefiting from the proceeds, included a donation of $10,000 to the Trisomy18 Foundation in the name of Owen Lee of Boonville who suffers from a Chromosome 18 disorder. 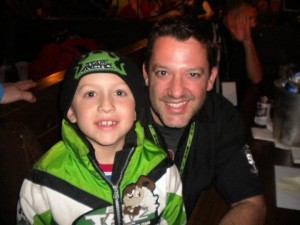 A donation of $10,000 was made to the Beal Family of Otter Lake whose five year-old son Brandon recently underwent his third open-heart surgery.

Of that amount, $5,000 went to the Children of Health Columbia Hospital and $5,000 for family expenses.

A donation of $10,000 was made in the name of six-year-old Jacob Hancock of Sherrill who suffers from Acute Lymphoblastic Leukemia. 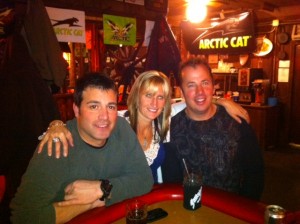 The Cousins That Care, a local group that raises funds for the cause, donated $1,000 this year to Zippy’s Crusade for Kids. Other highlights of the weekend included an autograph meet and greet with NASCAR celebrities, including Tony Stewart, and the Kids Charity Snowmobile Ride.

“We rode our Arctic Cats on Saturday with nine groups going out. We had a great ride out to the Moose River Plains. I would say, if you think the riding isn’t good, you’re not trying hard enough,” Nan said. 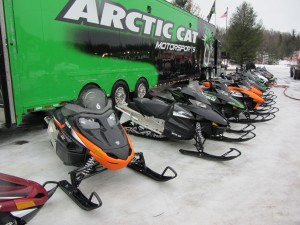