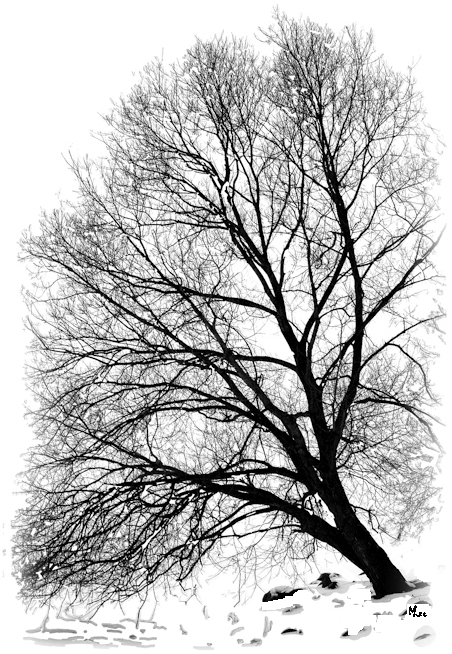 As a child growing up in the early seventies, I would sometimes feel alone over the course of the long winters on Limekiln Lake.

Once home from school each day I would spend the few remaining hours of daylight exploring the outdoors in silence.

But on one particular day as I stepped off the school bus I caught a glimpse of my father ice fishing with some friends on the lake, and I could not get my snowsuit and boots on fast enough to join them.

I ran to the garage and grabbed a runner sled, knowing that it would make for a quick downhill ride to the lake.

I tugged the sled behind me as I listened to the chirps of a few birds perched on the branches of leafless Maples and Birches.

When I got within a few yards of the end of the driveway I charged forward with a few short running steps.

Then I dove belly-first onto the sled and propelled myself down the hill.I reached the lake in no time, coming to a stop on the side of a big snowbank courtesy of the Town plow truck.

I climbed over the bank and spotted three dark shapes about two hundred yards up the shore and out on the ice.

I ventured through the snow, following the tracks of the fishermen.

As I got closer I could see the familiar silhouette of my father in his red wool jacket, jigging over a hole.

Scattered around the ice and at almost every hole were yellow and black Perch and at least one Splake.

My dad introduced me to his fishing buddies who were all smiles as they told one story after another.

We chased a few flags from the tip ups and I dipped ice from the holes for an hour or so.

The sky took on a pale gray expression, brightened slightly by the appearance of some far away pink clouds.

Daylight began to fade away, and in response the fishermen reeled in their tackle and packed everything neatly into their pack baskets.

I took the opportunity to explore the ice along the old trail around the lake.

The trees that fringed the area leaned out over the lake as if they were trying to peek across the ice for a better view.

Each tree had its own stance and was filled with a multitude of naked, finger-like branches.

Though the trees were huddled together in a mass, without their leaves they seemed lonely to me. I turned my attention to a solitary tree and began to study every aspect of it.

With its image firmly imprinted in my mind, I quickly made my way back home. I had recently become interested in drawing and could not wait to depict the tree on paper using my new set of Rapidograph pens.

Once in the comfort of my room I spent an hour or so recording that solitary tree that would also be spending a solitary winter on Limekiln Lake.