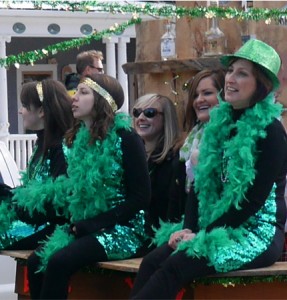 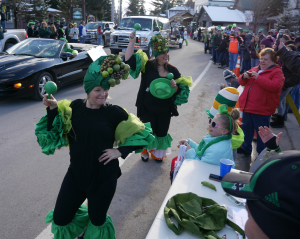 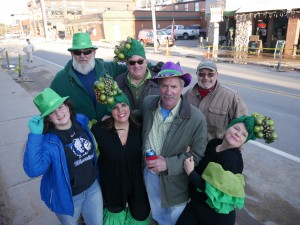 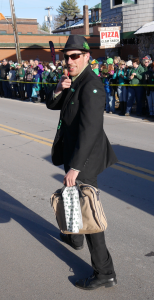 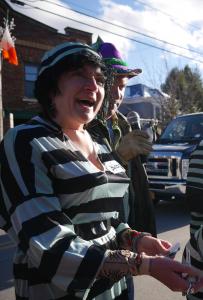 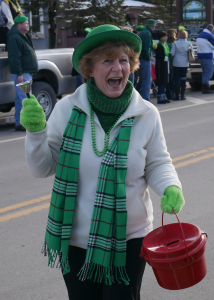 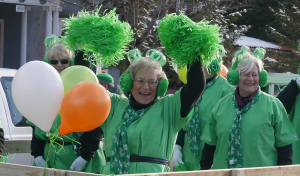 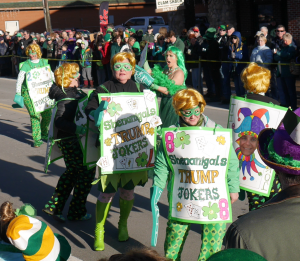 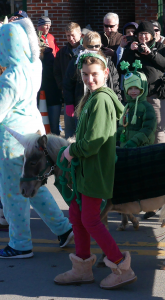 According to Melissa Macdonald, who judged the parade along with Jane Cameron and Tim and Beth McCarthy, this year’s parade entries brought their A games to Main Street.

And she should know, having been a previous five-time winning group participant.

“It was one of the best ever…it made it very difficult to choose a winner,” Macdonald said.

But when all the votes were tallied, it was a tie for first place between The St. Paddy Wagon/ Green is the New Black and Shenanigals Trump Jokers. First runner up was The Carmen McRandas, and there was a tie for the People’s Choice Award between the Inlet Barnstormers’ Leprechaun Un-Precision Drill Team & Drillettes and the Irish Security Kids/The Moops.

The first place ensemble winners are perennial parade participants with the Trump group celebrating its 10th consecutive year of competition in the event’s 17-year history.

Next year’s parade could possibly be the biggest yet as it will fall on March 17…stay tuned, folks.