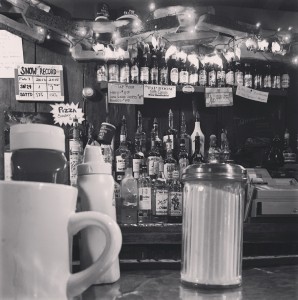 This was at The Tap Room as Lady Gaga had just finished The National Anthem, and former players lined the field. The coin toss is being awaited.

The night started off all Broncos. They scored at The Tap Room and on The Durant.

Carolina didn’t get on the board until Drake’s. At Screamen Eagle, Carolina hit the upright. Shortly after… people, dressed as condiments, chose from a huge selection of dachshunds outfitted with hotdog buns.

The Broncos would ultimately put the game away at Screamen Eagle, but it wasn’t until The ERN that Denver accepted the Lombardi Trophy. 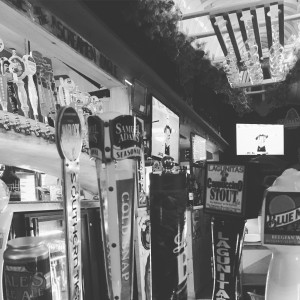 After many penalties and a missed field goal attempt, Carolina would ultimately fall short with time remaining at Screamen Eagle.

A recap of the battle was had at Daiker’s.

The only glitch of the night was when Tater tried to use a splitter (for the temporary dining room TV at Drake’s) that was top technology back on Super Bowl 37 (XXXVII). This forced Paula to call San Francisco and ask them to hold up the game until a proper splitter could be located.

To all the people whose squares hit: Even while I’m congratulating you on your good fortune, I’m thinking how much I’d rather that money was mine. Congratulations… you know who you are. 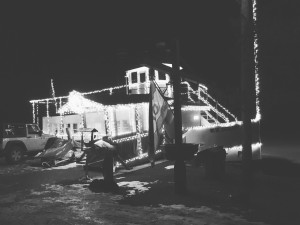 Here’s The Durant, where the Broncos extended a lead they would never relinquish. As you can see, the game is still in the first quarter. (Miss May was doing calendar signing for the gathered crowd.) 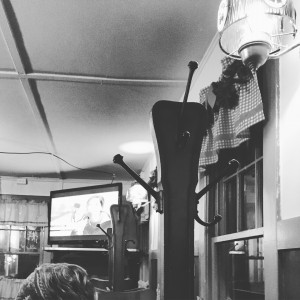 Here’s the troublesome television that briefly halted Super Bowl 50. It was at Drake’s that Carolina looked like they might turn it around, but ultimately they didn’t have enough fire. 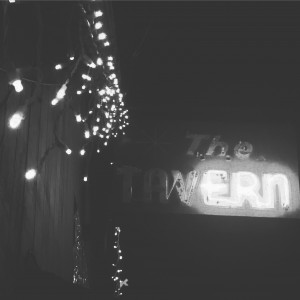 Peyton Manning and the Broncos would ultimately hoist The Lombardi, here at The Tavern in Eagle Bay.