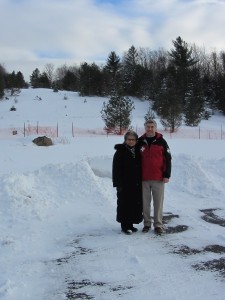 The Central Adirondack Association (CAA) has announced the return of Old Forge’s Winter Carnival on February 5th through 7th.

“Their involvement with McCauley Mountain’s ski patrol, the Polar Bear Ski Club and the Town of Webb Union Free School District makes them the perfect King and Queen of Winter Carnival 2016,” Barkauskas said. 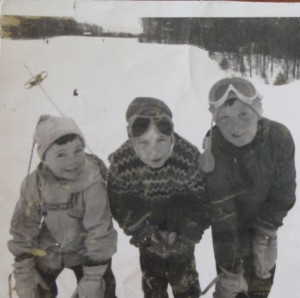 Diane has been affiliated with McCauley Mountain her whole life in one way or another.

She was a member of the Webb ski team in high school and spent a lot of time working in the chalet.

“[When I joined the team] it was the first year Louie Ehrensbeck coached the team,” she said.

In the early 1970s, Diane said she met the love of her life, Chris Gaige, while working together at the Hollywood Hills Hotel on First Lake.

“It was during our Christmas breaks, we would serve breakfast, go skiing and then come back and serve dinner,” she said.

He attended Holland Patent school, which offered bus trips on Saturdays to McCauley.

“I probably wouldn’t have started skiing at such a young age if they didn’t offer that,” he said.

Chris said the price for a group ticket back then was $2.50, and season passes were going for about $20.

When Chris attended Holland Patent, the high school’s ski team had yet to be formed.

He was however a member of the Syracuse University ski team.

During his college years, he worked at Rivett’s Marina, in Old Forge.

“I enjoyed working there,” he said.

In 1977, Chris and Diane wed in Vermont and moved to Texas.

There, Chris worked for the company Stemco and Diane was a school teacher.

“It was our plan all along to move away and then eventually return—it was an adventure for us to leave,” Diane said.

In May of 1989, they decided to return to Old Forge and buy Rivett’s from Dick and Barb Rivett.

“We told them if they ever wanted to sell it, to let us know,” Chris said.

Diane started teaching at the Town of Webb school in September of 1990.

In the same year, Chris started ski patrolling at McCauley and continues to do so today.

Diane is part of the auxiliary at McCauley and is still volunteers also.

Both have also been affiliated with the Polar Bear Ski Club for many years.

“Our nephews were apart of it—[the club] really does a great job,” Diane said.

“We are grateful that our town encourages and supports the youth in our community by offering free ski passes to the local school-aged children. This is an amazing opportunity and a privilege for everyone,” she said.

“We are also fortunate to have the Mohawk Valley ski team call McCauley their home mountain. This has allowed many friendships to form with many kids and adults alike,” Diane added.

“And of course we can’t say enough about Steve Uzdavinis and the McCauley crew, who always work wonders, regardless of the weather,” she said.

Chris said that their being asked to be King and Queen came completely out of the blue.

“When looking back at the history of the Winter Carnival and McCauley Mountain, you can’t help but feel there are many others that are more deserving of the honor,” he said.

Both Diane and Chris wanted to thank the Winter Carnival Committee for honoring them in this way.