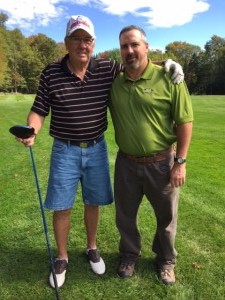 Bill Simpson of Old Forge was the winner of the raffle for a golf package valued at more than $2,000 that was sponsored by Inlet’s Leonard Mick Roberts American Legion Post 1402.

The golf package included his and her sets of Adams golf clubs with bags and two 10-day passes at Inlet Golf Club.

The drawing was held during Inlet’s Fall Festival on Sunday, September 20th.

According to Inlet Legion Post member Jerry Dupuis, over $4,000 was raised in the raffle which will assist with the organization’s work and community outreach programming.