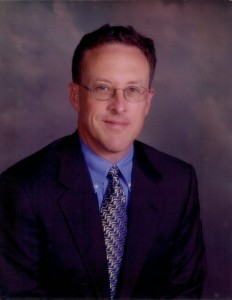 His lifelong devotion to history began in his teenage years when he visited museums such as Mt. Vernon and Independence Hall, and served in the fife and drum corps near his home in Newtown Square, PA.

He pursued this passion throughout his studies, earning a B.A. from Gettysburg College, an M.A. from George Mason University, and a Ph.D. from the University of Maryland, College Park.

History for Dr. Reber was not a purely academic interest; he strove to engage audiences and engender a similar passion in others throughout his 25 year career.

In the years prior to his leadership at Stratford Hall, home of the Lees of Virginia, Dr. Reber served as an Adjunct Professor of History at the University of North Carolina, President of Old Salem in Winston-Salem, N.C., Executive Director of the National Trust for Historic Preservation’s Decatur House in Washington, D.C., Director of Development at Mount Vernon, and Director of the White House Endowment Fund and White House Preservation Fund.

During his tenure at the National Trust, he also served as the Associate Campaign Director for Historic Sites, where he managed seven site capital campaigns totaling $6 million.

Throughout his time as Executive Director, Dr. Reber led the restoration of the Great House at Stratford Hall.

During this process, he was responsible for new and innovative education programs, initiated changes that increased visitation, and spearheaded Stratford’s $17 million fundraising campaign.

While there, he also served as an Historian in Residence at American University, where he instructed master’s degree students in museum management.

Intense and focused on preserving the mystic chords of memory, Dr. Reber was an active volunteer and supporter of numerous historic causes including the Pennsylvania German Society and the Railroad Museum of Pennsylvania.

He served on the boards of the Association for the Preservation of the Historic Congressional Cemetery in Washington, D.C. and Great Camp Sagamore, a National Historic Landmark in his beloved Adirondacks, including as its president from 2006-2008.

His family has deep roots in the nearby village of Raquette Lake, New York, where they have vacationed for many years.

At the time of his death, he was Vice Chairman of the Virginia Tourism Corporation, a gubernatorial appointment, and President of the Northern Neck Tourism Commission.

In the course of his career and volunteer pursuits, his thirst for learning and quest for knowledge made him a master in his field.

A man of unusual integrity and intelligence, he possessed a natural ability to lead and to accomplish every endeavor no matter what challenges the winds of change presented.

He thought in the long term and acted effectively in the short term.

His faith and love for God was emboldened by an ardent Lutheran’s academic curiosity of the many facets of Christianity.

While Dr. Reber did not live long enough to reach his goal of hiking the 46 peaks of the Adirondacks, he scaled other peaks while touching the hearts of others with his knowledge and passion and enlisting them to preserve the historical homes and artifacts that constitute the fabric of history. He will be deeply missed.

He is survived by his wife, Shannon, his son, Alexander, and his father, Richard. He was preceded in death by his mother, Joanne.

A memorial service will be held at Stratford Hall on Friday, August 21 at 10:30 a.m. His burial at the Reber family plot at the Charles Evans Cemetery in Reading, PA, will be private.

Memorial donations may be made to Stratford Hall, Great Camp Sagamore, the Kinsale Foundation, or the Pennsylvania German Society, Ephrata. Cards and letters of sympathy may be mailed to: The Reber Family, P.O. Box 277, Kinsale, Virginia, 22488.