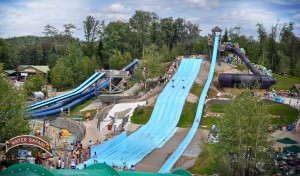 Enchanted Forest Water Safari in Old Forge opened its gates for the 2015 season on Wednesday, June 17, marking the 60th anniversary of the storybook theme park that has transitioned, since the eighties, into New York’s Largest Water Theme Park.

The park boasts over 50 rides and attractions, including 32 heated water rides, according to Katie Wojdyla, the park’s director of marketing. 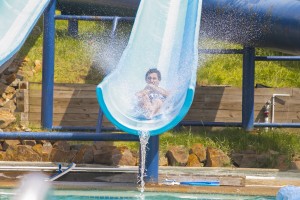 Popular water slides include the Shadow, Black River, Killermanjaro, Serengetti Surf Hill, and the Curse of the Silverback, to name a few, Wojdyla said.

Among the traditional amusement rides are the Sky Ride, Carousel, Ferris Wheel and the Scrambler.

“Guests never run out of fun things to do, because there’s something for everyone throughout the park,” Wojdyla said.

In addition to the wet and dry rides, Enchanted Forest Water Safari still offers the fun food, exciting games, storybook themed characters, and family circus shows that generations have enjoyed over the years, according to Wojdyla.

“There are tons of extra activities for the entire family…this summer. The 2015 family circus show features a high wire act, double wheel, motorcycle in the globe of death, and a family dog act,” she said.

The event will have Water Safari frozen over for guests to meet their favorite Ice Princesses and Friends, Wojdyla said.

“Admission to the park includes unlimited access to all rides, shows and attractions, all day, for one low price, including free parking,” she said.

Regular admission single-day passes are available for purchase at the gate or online in advance at a discount.