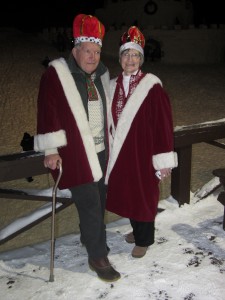 Though the forecast for sub-zero temperatures forced the rescheduling or cancellation of a few of the Old Forge Winter Carnival events over the weekend of February 13, 14 and 15, revelers still turned out in high numbers to participate in planned activities at McCauley Mountain on Saturday. 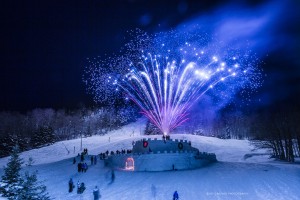 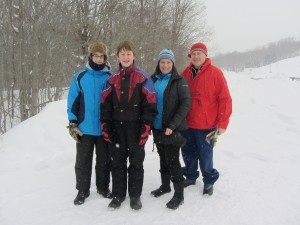 Cross-country skiers and showshoers took to the trails to compete in the Kiwanis Winter Sports Challenge and cardboard sleds zoomed down the hill.

Capping off the day were torchlight skiing, the coronation of Carnival king and queen Stuart and MaryAnn Nelson, fireworks and a community dance. 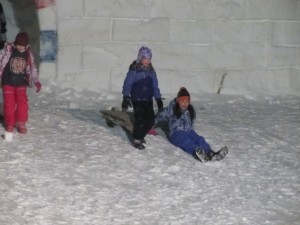 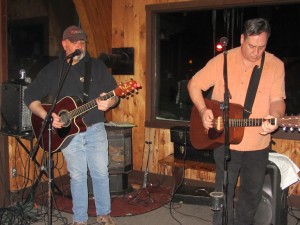 The winner was an enormous alligator sculpted by Bill and Barb Baumann of Okara Lakes.

The activity, sponsored by the Hans and Laurie Schmid family, raised $200 for the Tayler Schmid Memorial Fund.