Ron and Maureen Page of Middletown, CT announce the engagement of their daughter, Michelle Rose Page, to David Andrew Eddy. David is the son of Mark and Lori Eddy of Old Forge. 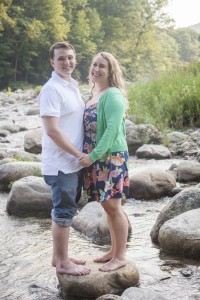 Michelle and David reside in Brattleboro, VT. A wedding is planned for August 2015 at the Wadsworth Mansion in  Middletown, CT. Family and friends wish them all the happiness in their future together.