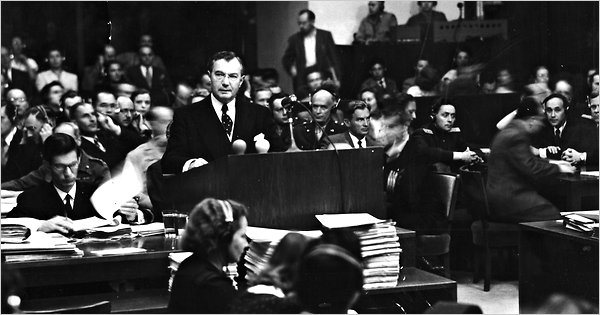 Nuremberg: Its Lesson for Today is a film about the Nuremberg Trial that was commissioned by the United States War Department at the end of World War II.

The film, which was not screened in American theaters until this year, will be featured at Old Forge’s Strand Theatre on September 2, 3, 4, and 5.

Sandra Schulberg, daughter of the late Stuart Schulberg who wrote and directed the film, will be present at all showings of the film to speak to the audience.

According to Sandra, the film premiered in Germany in 1948, two years after the trial of Nazi war criminals ended at Nuremberg. 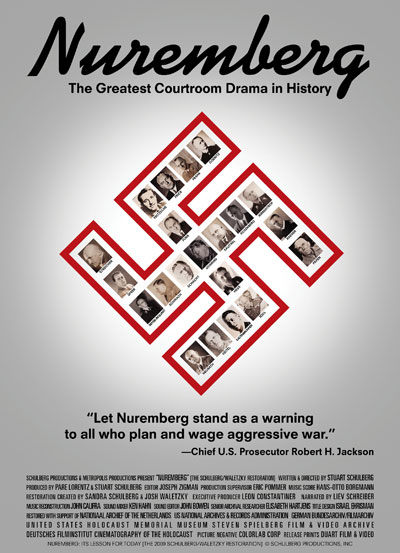 But despite its U.S. backing the film was banned from American theaters for political reasons.

In making the film, her father, a Marine Corps officer at the time, and her uncle, Navy Lt. Budd Schulberg, who later wrote and won an Oscar for On the Waterfront, were assigned to locate and assemble the Nazi films that were presented as evidence in the Nuremberg courtroom.

The Schulberg brothers were under the supervision of movie director John Ford, commander of the OSS War Crimes film unit.

The OSS was the wartime spy agency and a precursor to the CIA.

Stuart Schulberg died in 1979. His daughter did not become interested in the Nuremberg film until she viewed the German version at the Berlin Film Festival in 2004.

She became curious as to what had become of the English version.

After an investigation, she discovered that the original film negative and sound elements were either lost or destroyed, or were too degraded in quality to copy.

However, by using a picture negative and soundtrack loaned by Germany’s National Archive she and her associate, Josh Waletzky, were able to painstakingly reconstruct and restore the film.

Last fall, for the first time in history, and more than 60 years after it was made, Nuremberg: Its Lesson for Today, premiered at the New York Film Festival.

It is currently being shown on American movie screens across the country, including The Strand Theatre in Old Forge on September 2, 3, 4, and 5 at 4 p.m. each day.

Sandra offered the opportunity for Strand Theatre owners Bob Card and Helen Zyma to showcase the film due to her family’s connections to the Old Forge/Inlet area.

Her father used to summer on Fourth Lake at the Naumkeag Camp which she said was built by her great-grandfather Andrew Nielsen.