The snowshoe and ski events will be held at McCauley Mountain Ski Area in Old Forge.  END_OF_DOCUMENT_TOKEN_TO_BE_REPLACED

The event included the traditional cross-country ski and snowshoe treks to raise funds for various Kiwanis children’s projects and the Kommunity Youth and Activity Center (KYAC) in Old Forge. 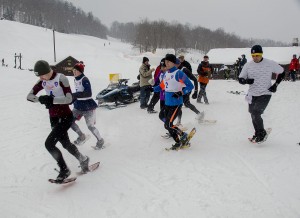 The event is part of the Old Forge Winter Carnival and will include snowshoe and cross-country ski events.

There will be recreational 1K and 8K cross-country ski and snowshoe fundraising races and in cooperation with Mountain-man Outdoor Supply Company, there will also be an 8K New York State-USA Sanctioned Snowshoe Race. Course distances will be subject to snow conditions. END_OF_DOCUMENT_TOKEN_TO_BE_REPLACED 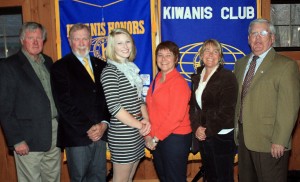 The Kiwanis Club of the Central Adirondacks honored the top fund-raising individuals and teams who participated in the 13th Annual Winter Sports Challenge at an event held at North Woods Inn on Monday, April 29.

The No. 1 fundraising individual under the age of 18 was Madeline Mahoney. She raised over $800 and received a permanent certificate and $100 for her effort. END_OF_DOCUMENT_TOKEN_TO_BE_REPLACED

The event will be held in conjunction with the Old Forge Winter Carnival and will include snowshoe and cross-country ski events.

In cooperation with Mountainman Outdoor Supply Company, there will also be a New York State-USA Sanctioned Snowshoe Race.

You, your organization or company can create an event team and solicit individual sponsors for your participation in a one mile or five-mile tour of the snowshoe, cross-country ski trails at McCauley. END_OF_DOCUMENT_TOKEN_TO_BE_REPLACED