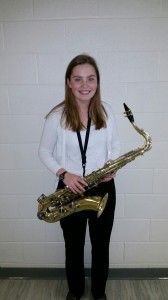 Phaneuf is the first Webb student to attend the festival in five years. END_OF_DOCUMENT_TOKEN_TO_BE_REPLACED 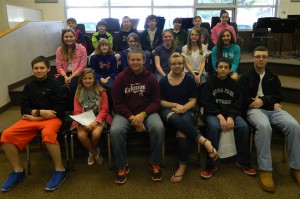 At the event, each student had to perform a prepared solo, memorize major scales, and complete sight reading in front of an adjudicator. Thirty-two of the students represented Town of Webb UFSD and three were from Inlet Common School—all are students of Mrs. Emily Herrmann.   END_OF_DOCUMENT_TOKEN_TO_BE_REPLACED

Musical artist Matthew Beal is proof that one can take their biggest lifelong passion and turn it into a gratifying career. When he first picked up a guitar at the age of six he was hooked on making music, he said, and through decades of perseverance has made a name for himself in the industry as a performer, educator, songwriter, producer and promoter. 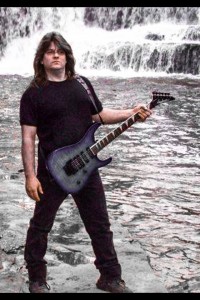 Beal, who goes by the professional name Matthew Thomas, hails from Long Island where he began playing at local clubs at the age of 15.

He was mentored by a local musician who introduced him to such artists as Ritchie Blackmore of Black Sabbath and exposed him to every aspect of behind-the-scenes musical production. END_OF_DOCUMENT_TOKEN_TO_BE_REPLACED

The Old Forge Library will host a program, From Ireland to the Adirondacks: Five Generations of Songs and Ballads From the Cleveland Family, on Tuesday, August 23 at 7:30 p.m.

A descendant of Scottish and Irish settlers to the Brant Lake area of the Adirondacks, Colleen Cleveland will perform pieces from her family’s musical repertoire of over 400 songs, as well as stories and ancient ballads from the old country.

This program is free and open to the public and is sponsored by The Friends of the Old Forge Library.

The mere mention of her name can prompt nostalgic musings from generations of seasonal Fourth Lake visitors and residents. 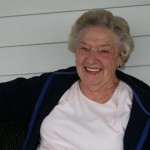 CHARLOTTE LENKOWSKY played all the Fulton Chain's big entertainment venues for decades. On Monday, August 29, she will be returning to Daiker's Inn for a special nostalgia night at the piano, complete with audience sing-alongs.

Charlotte, a Fourth Lake summer resident herself, charmed audiences by playing piano at various resorts, hotels and restaurants in a period that spanned four decades.

Her introduction to the area came in 1944. Fresh from graduating from the Eastman School of Music, the piano student from South New Jersey took a summer job as a hostess and piano player at the former Bald Mountain House owned by the Barrett family.

Charlotte said it was common for Adirondack resorts to hire music students who could juggle a few tasks and entertain guests as well.

Leading Bald Mountain hikes and coordinating boat tours on the Fulton Chain with Don Burnap were among her duties, but during dinner hour she was poised at the piano. END_OF_DOCUMENT_TOKEN_TO_BE_REPLACED

18th Acoustic guitarists Loren Barrigar and Mark Mazengarb will perform at the Thursday Evening on the Lake Series at St. Williams on Long Point in Raquette Lake on August 18 at 7 p.m.

The interaction between the two guitarists is as much a feature of their shows as is their world-class guitar playing.

The duo released their first duo album in May 2011, and last month were invited to headline the Chet Atkins Appreciation Society Convention in Nashville.

The program is free and open to the public, but due to limited space in the historic 1890’s church, and the need for boat transportation to St. William’s on Long Point, a boat access only site, reservations are required by calling (315) 354-4265.

The barge leaves the Raquette Lake village dock starting at 6 p.m. and returns after the performance at approximately 8:30 p.m.

In case of a severe storm the program will be held at the Raquette Lake School on Rt 28.

A pie raffle is held each Thursday to help defray costs involved in hosting the entertainment series.