A 36-year-old Binghamton woman was charged with 3rd Degree Assault on Monday, February 8 at 3:44 p.m.

According to the report, the defendant was arrested for the above charge after a report of a bar brawl at Daiker’s in which the defendant struck another person in the eye, causing injury.

She was issued an appearance ticket returnable to Town of Webb Court at a later date.

After Hurricane Katrina, many affected residents were challenged with the task of tracing titles to their homes, and in some cases back hundreds of years.

With a community rich with history, stretching back over two centuries, houses have been passed along through generations of families, sometimes making it quite difficult to establish ownership.  END_OF_DOCUMENT_TOKEN_TO_BE_REPLACED

Below is the text of a petition that is being circulated in support of Hemmer Cottage’s continued preservation.

To: Town of Webb Historical Association Board of Trustees/Membership

On Thursday he Adirondack Park Authority determined that a proposal to remove the rails between Tupper Lake and Lake Placid doesn’t conflict with the State Land Master Plan.

That plan (SLMP) serves as the foundation for all the restrictions and the permitted uses on State land. The State Dept. of Environmental Conservation came up with this “compromise” to satisfy calls for a recreational trail to be built on the railroad Travel Corridor.

The DEC was charged with creating a trail system in 1996, but has never taken any steps toward that goal.  END_OF_DOCUMENT_TOKEN_TO_BE_REPLACED

Jeffrey was born March 12, 1964, the son of Eugene and Virginia Tiffany Russell. He spent his childhood days in Old Forge, attending the Town of Webb Schools, where he graduated in 1982.   END_OF_DOCUMENT_TOKEN_TO_BE_REPLACED 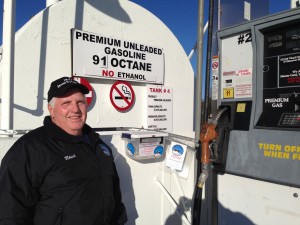 The club maintains and grooms trails adjacent to the Towns of Webb & Inlet trail systems. END_OF_DOCUMENT_TOKEN_TO_BE_REPLACED