Seventy people attended the 25th Anniversary Celebration of Kiwanis of the Central Adirondacks on Sunday, September 26, at North Woods Inn, which included a social hour, buffet dinner, and presentations and awards. Carolyn Trimbach, outgoing president, presided over the evening. Assemblyman Marc Butler of the 117th District was in attendance and presented a Certificate of Merit and congratulations on behalf of the New York State Assembly.

A proclamation of congratulations was also presented from the New York State Senate.

It recognized that in September 1987, when the club was formed, it was one of the first Kiwanis clubs in the New York Division to register womenas members.

It was signed by state Senators James Seward and Hugh Farley.

The Kiwanis Club of the Central Adirondacks was formed on September 30, 1987 in OldForge with the New Hartford Kiwanis sponsoring.

The first president was John Hanford and the first secretary was Audrey Streeter.

When the club was formed, there were thirty-three members, of whom five were women.

It is significant that 1987 was the first year that Kiwanis allowed women members and are therefore is celebrating 25 years of Women in Kiwanis this year. The Club presently has 29 members, including eleven women, according to Carolyn Trimbach.

In honor of 25 years of Women in Kiwanis, the Central Adirondack Kiwanis Club is donating $25 in honor of each women member to the Kommunity Youth and Activity Center (KYAC).

Sheila Brady said she was surprised and very moved to be named Kiwanian of the Year.

Over the years Brady has become known among her fellow Kiwanians as a reliable volunteer for all of the Kiwanis and Key Club activities for children. She grew up in a large family in Utica, the youngest of eleven children. She learned about helping other children while working with the poor in the Utica area as a Y Teen member at the YWCA.

She knew then that her mission was to work with children and Kiwanis is helping to fulfill that mission, she said.

But first came a move to New York City, where she enjoyed a long career with the Association of American University Presses. Brady said she served as its sales manager for a number of years before starting her own business, Thor Information Services, which compiles lists of academics for publishers.

“A lot of my clients do books about education for children and families,” she said. END_OF_DOCUMENT_TOKEN_TO_BE_REPLACED

Awards will be presented to five area honorees, including John Nemjo of Mountainman Outdoor Supply Company, and Gary Lee, a retired Forest Ranger and Adirondack writer/photographer, by the conservation and awareness group Adirondack Wild: Friends of the Forest Preserve at its annual meeting on Friday, September 28.

The public is welcome to attend free of charge.

The awards recognize individuals from the area who have made outstanding contributions to the conservation and stewardship of wild lands, to ecotourism based upon the area’s wilderness, and to educating others about the importance of safeguarding wild nature in the Adirondack Park.

Honoree John Nemjo is founder of Paddle Fest, the largest annual canoe and kayak festival in the Adirondacks, and is founder/owner of Mountainman Outdoor Supply Company, a canoe and kayak store in Old Forge, which first opened in Inlet in 1993.

Adirondack Wild’s David Gibson said Nemjo has shown himself to be a great friend of the Adirondacks. END_OF_DOCUMENT_TOKEN_TO_BE_REPLACED

The inaugural Adirondack Kids Day™, a day-long event that will celebrate the outdoor activities described in the Adirondack Kids series of books, will be held at various locations throughout Inlet on Saturday, October 6.

The VanRipers, a father-and-son writing team from Camden, created and launched The Adirondack Kids® books in 2001.

The books’ story lines revolve around three best friends who are growing up in the Fulton Chain of Lakes area of the Adirondacks, with Inlet as their home base.

Inlet also happens to be where the co-authors with wife, momand illustrator, Carol VanRiper, share a camp that has been in Carol’s family for 107 years.

Its location provided the initial inspiration for their story ideas. END_OF_DOCUMENT_TOKEN_TO_BE_REPLACED

State Assembly Candidate Joseph Chilelli will be holding a “Meet & Greet” event on October 5th at the Erwin Library in Boonville.

The library is located at 104 Schuyler Street, and the event will take place from 1 to 2:30 p.m. with input welcome from the community.

Candidate Chilelli will be on the November ballot and is seeking to represent the State Assembly’s 118th District.

A six-hour Defensive Driving Course will be offered on Saturday, October 12, in Herkimer, according to Herkimer County Clerk Sylvia Rowan, whose office is arranging the course.

It will be held at the 911 Building, located at 71 Reservoir Road, near the HCCC Campus.

Enrollment is limited and costs $35, which includes all books and materials.

Upon completion of the classroom training, participants are eligible for a reduction in New York State Points and Insurance. 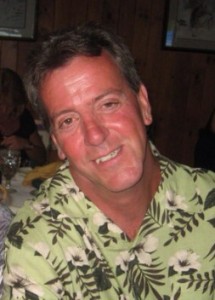 Shawn Peter Farmer of Jay, NY, passed away Tuesday, September 25, 2012 at his home following a courageous two year battle with Glioblastoma. His family and friends were at his side at the time, and have been every day since his surgery in 2010.

Shawn was born on February 25, 1961 in Utica, NY, to William and Marguerite (Matera) Farmer of Old Forge. Shawn is the youngest of four sons.

Shawn grew up in Old Forge, attending the Town of Webb Schools and continued his education at Paul Smith’s College in Saranac Lake.

Shawn and his wife, Ann Ritz Murphy Farmer, have resided for several years in the Lake Placid area with their children.

Shawn has worked as a ski patrolman at Whiteface Mountain since 1989, and has skied more vertical in the past 23 years than most people will ski in their lifetime.

Following his surgery, Shawn returned to the mountain to continue his service there with follow-up by his medical providers, the support from his family, co-workers and staff at the mountain, and with the determination he carried to fight through his illness.