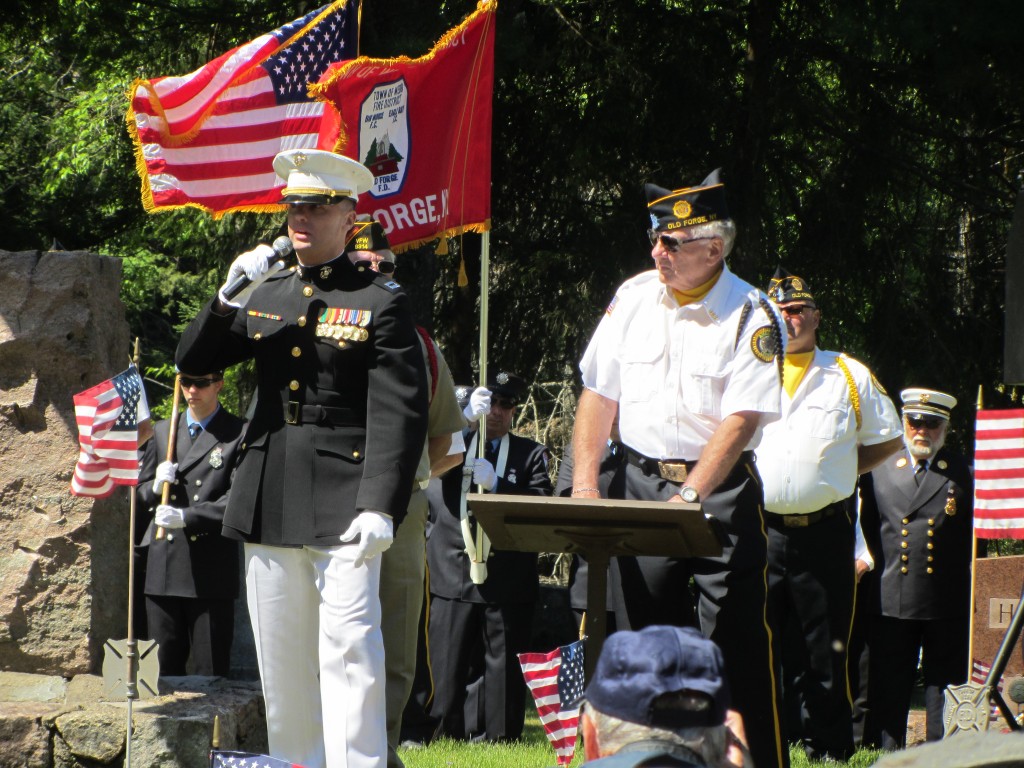 Capat. Christopher Simpson, USMC, addressed the audience at Riverview Cemetery in Old Forge. His father, Commander Bill Simpson is at his left. Photo by Kaycie Lawson 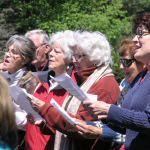 The Memorial Day Parade in Old Forge on Monday, May 27 ended at the Riverview Cemetery, where Captain Christopher Simpson USMC delivered his Memorial Day address.

Captain Simpson began by commenting on the beauty of the day and  acknowledging the war veterans seated to his left. 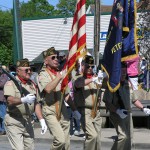 The Veterans of Foreign Wars. Photo by Sydney Lawson

“Thank you for your selfless service to this nation, especially the World War II veterans who are still going strong. We appreciate your sacrifices,” he said. 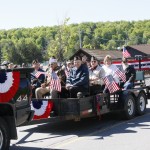 Captain Simpson also thanked his mother and father, Kathy and Bill Simpson of Old Forge, for their mentorship and parenting, before speaking about the reason the crowd had gathered that day. 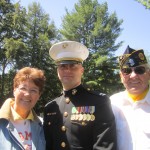 “Today is not about me, not about barbecues, who can hang out on their boats, sit by their pools or have a day off from work. It’s not even about the opening of summer, as a lot of people think.”

“Today, we’re gathered to celebrate Memorial Day. We celebrate the remembrance of our triumphs as well as our sacrifices in the name of service,” he said.

Throughout his address, Captain Simpson acknowledged the servicemen and women of all branches of military service who made the ultimate sacrifice and were mortally wounded defending their country. 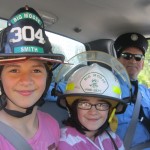 “I think of the families, friends and loved ones who’ve been affected by the loss of these heroes. They carry this burden for the rest of their lives,” he said.

Captain Simpson’s message was followed by songs led by the Niccolls Memorial Church Choir, a riflemen salute, Taps played by members of the Town of Webb School Senior Band, and a closing prayer by Pastor Lawrence Bartel.