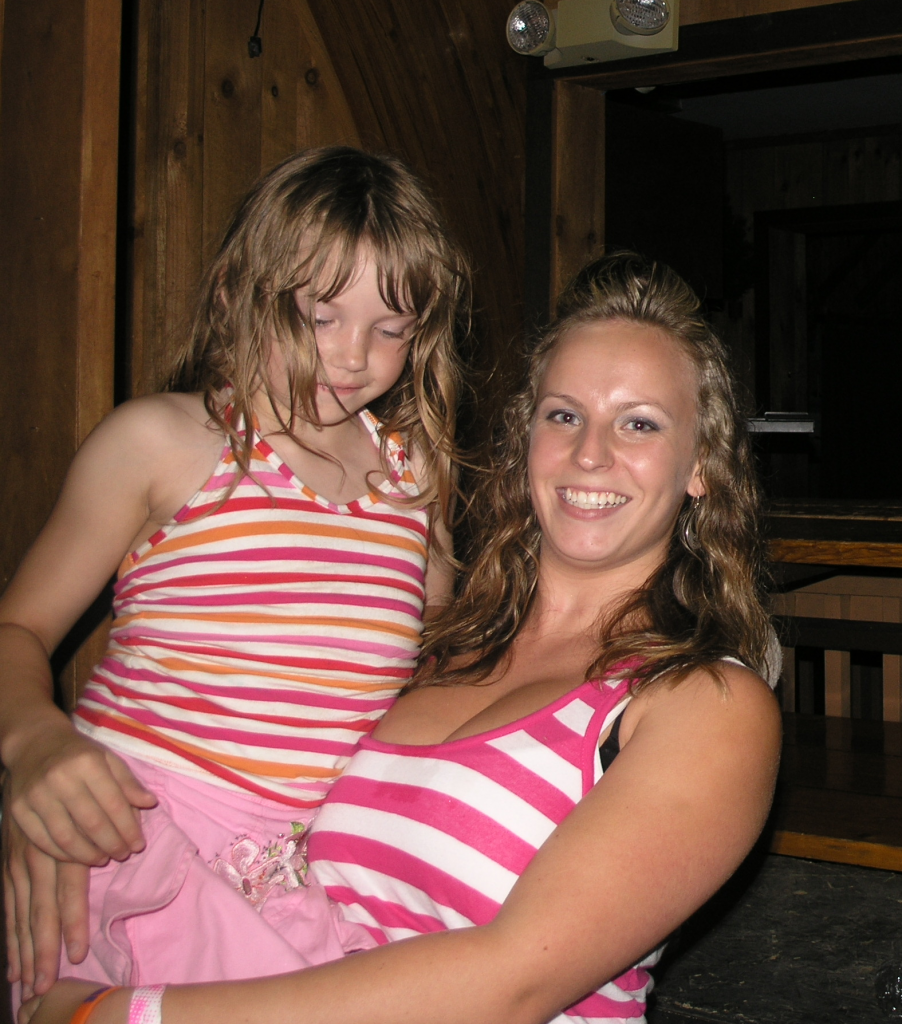 Some young fans who enjoyed he music and the dampness were, from left, Seamus Birtle, Schuyler Uzdavinis, Katie Case, and SaraBelle Helmes. Photo by Jamie Lawson

The Second Annual McCauley Mountain Music Festival took place this past Saturday, August 6. Regardless of what meteorologists were predicting for the weekend’s forecast, crowds braved the weather for the sake of the music.

Positioned between the grill area and the Biergarten, this year’s event began with Jon Liebing warming up the crowd under the side stage tent while The Nards featuring Paul Case did a sound check on the main Chalet Stage.

After Paul Case and the Nards finished their set, the audience was treated to a special collaborative appearance by Katie Keating and Jon Liebing at the side stage.

As Mark Doyle and the Maniacs took the stage, the rain started to fall gently down onto the field. Fans remained unfazed by the slight rainfall as they continued to dance and enjoy the music.

Throughout the rain, the crowd remained steadfast, thoroughly enjoying themselves while mumbling about how those who did not attend did not know what they were missing.

Jamie Notarthomas’ set began around 6:30 p.m. on Saturday as the crowd gathered under the restaurant tent to hear him strum his acoustic guitar while he sang and played his harmonica for the audience.

Plattsburgh-area band, Lucid, began to play at 7 p.m. and their uniquely original sound reenergized the crowd as it continued to expand in preparation for the 10,000 Maniacs and what would turn into an encore-worthy set.

Clustered on the left are Mike Kelly, seated, and some tots; behind Mike is Zach Christy; continuing right are Roy Cooper, Tim Bulton, Laura Cooper, and Barb Uzdavinis. Photo by Travis Kiefer