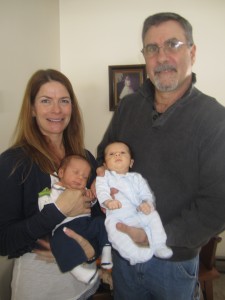 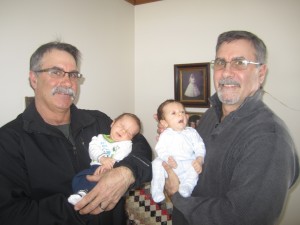 The tradition of giving birth to twins continues in Old Forge resident Janet Parent’s family as son Martin and his wife Debbie of Rochester welcomed twin sons on February 21, 2013.

The newborns’ father is a twin, as was their great great grandmother, Janet’s mother.  Their middle names are the first names of their grandfathers.