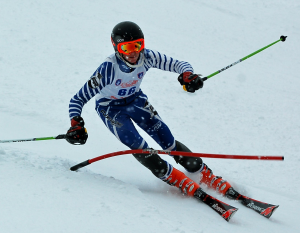 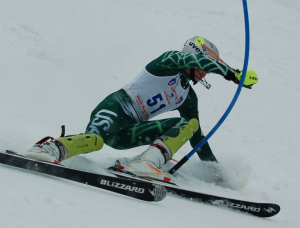 The Town of Webb Varsity Alpine Ski Team competed in a slalom event at McCauley Mountain on Saturday, January 21. The course was tough, as it was icy on the headwall and at the flush near the end of the race. 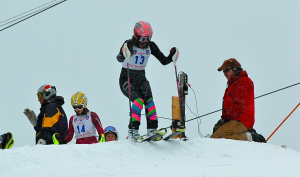 Jessica Hannah sets herself for a run

While they might have lost the third and eighth place spots, Corey Down, Griffin Kleps, John Gaffney, and Carter Lawrence, Cy Barkauskas, and Adam Levi kept the boys in all other top ten spots. And with a time of 68 seconds, Hunter Lawrence placed 70th.

Previously, on Monday, January 16, all of the teams raced at Snow Ridge where they once again took first place honors.

Earlier in the season, on Wednesday, January 11, the Town of Webb Alpine Ski Team competed at Woods Valley against Holland Patent, South Lewis, Lowville, and Manlius Pebble Hill. Both the Old Forge girls and the boys teams took first place. There were 33 competitors in each race.