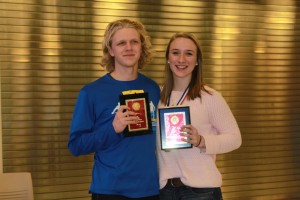 The Town of Webb School Varsity Nordic Boys and Girls Teams, coached by John Leach, were each named Section III Champions by out-skiing their competitors at sectional races held Wednesday, February 10 at McCauley Mountain and Friday, February 12 at Osceola. 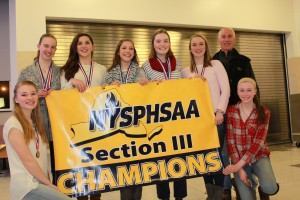 The girls’ team was undefeated in their regular racing season, with Megan Greene winning the title of Section III individual champion for the third consecutive year.

Champions are determined by combined results of two sectional races: the individual Freestyle Race held at McCauley and the Classic Race at Osceola.

Coach Leach said the boys’ win was particularly exciting because as of Wednesday they were in second place…but on Friday they gained enough points in the Classic Race to take the overall win by a single point. 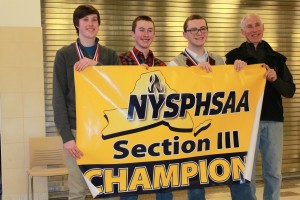 All of the skiers representing Webb qualified for the New York State Team and will compete in Lake Placid on Monday and Tuesday, February 22 and 23rd.