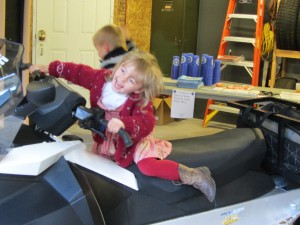 The Town of Webb Police Department held an Open House at their station on Thursday, October 29.

Children of all ages were invited to sit on Town of Webb police snowmobiles and NYS Department of Environmental Conservation (DEC) airboat and emergency vehicles.Photos 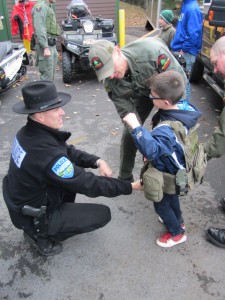 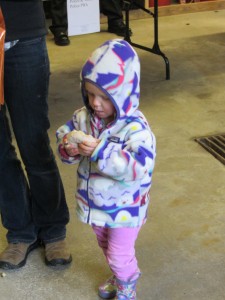 DEC officers started the airboat, which gave the kids a nice demonstration of its volume.

Children were also offered the chance to try on bullet proof vests, which they discovered to be extremely heavy.

Town of Webb K9 Kimber greeted the children and, along with Town of Webb Police Officer Trevor Tormey, demonstrated her job on the department.

It turns out that a 185 pound bear was roaming around the Old Forge Camping Resort in 2009, was trapped, tagged and brought fifty miles away from Old Forge to St. Lawrence County. 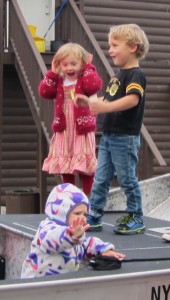 Christina Russell and Liam Crimmins listen to the DEC airboat

Ritzel said the bear returned two years later to the campground and had grown to three-hundred-and-fifty pounds.

Another bear on display was one that ransacked a kitchen in Eagle Bay, according to Ritzel.