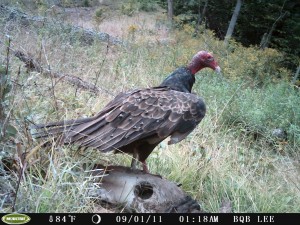 Coastal hurricane winds could blow some rare birds our way

If you have been out and about you certainly have seen the changing leaves. There are many reds along the lake shorelines and swampy areas.

Though we haven’t had a frost yet, many of my ferns have started to turn brown.

This is the time of year to move your perennial plants and flowers.

All you have to do is get the root as most of them are done growing and just waiting for a killing frost to take their leaves. 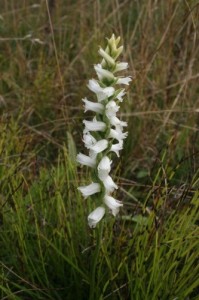 Speaking of flowers, my white and purple Giant Lobelias have just started to bloom.

The little Ladies Trusses are out in the clearing by the dry hydrant between Inlet and Eagle Bay.

The Fringed Gentians in that same area should be in bloom by now as I had previously seen many buds on the plants.

I’ve moved some of their seeds to my yard and other areas where the Ladies Trusses grow as the trusses are indicators of soil conditions that the Gentians also like.

Many of the Monarchs have hatched and are on the wing heading south and west to their wintering grounds in Mexico and California.

I saw several working the Loosestrife flowers along the highway.

They were mostly males, which seem to hatch first.

You can tell the males from the females as the males have two black dots on their hind wings.

Many of the smaller birds have gone through a late summer molt of feathers and are on their trip south.

I’ve had several small mixed flocks of Warblers and Vireos in the trees around the house.

There seems to be an abundance of little worms for them to forage on and plenty of fruit and berries if they need dessert.

These birds are flying right into the Hurricanes that have come up the coast and many have gotten blown off course.

This is a good time to see some rare birds that normally don’t pass through here, so keep those binoculars handy.

Some may be water birds around the shoreline of the lakes or on the lakes themselves.

A few Turkey Vultures descended on Eight Acre Wood to clean up a fawn that was hit by a car.

I got five in one shot on my trail camera, but I think there were more as the carcass was gone in two days.

The Loons have started to lose some of their color.

They first lose color in their faces and cheeks before spreading to the rest of their bodies.

They end up looking just like their chicks as their plucked feathers can be found on the surface of the water.

Their back feathers have a double black spot.

The Loons normally sit upside down on the water which makes for a great camera shot.

Ellie George got one of these pictures last week on Putman Pond, a lake she watches for the Loon Program during the summer.

The Juvenile Loons are as big as their parents this time of the year but many are still begging for food.

The parents will leave about two weeks before the lakes freeze over and the juveniles will sometimes get frozen in before they learn that they have to leave.

If they don’t the Bald Eagle that’s been hanging around will find them and catch them for sure.

The Canoe Classic passed through here again, but that’s another story. See ya.