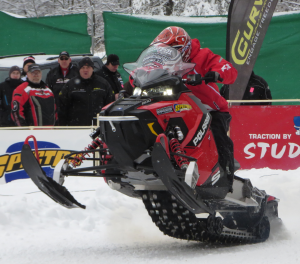 Much to the delight of the organizers of Snodeo ’14, approximately 18-inches of fresh snow fell in time to be enjoyed by the hundreds of snowmobile enthusiasts who came to the area to enjoy a weekend that included a showcase of 2015 sleds, a vintage snowmobile show, youth races, parties hosted by sled manufacturers, fireworks and raffles. 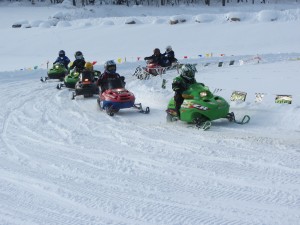 “The snowfall just before the event definitely helped, and the grooming crews had the trails prepped to take advantage of the new snow. Conditions are often marginal at Snodeo, but the early event gets everyone going who has been chomping at the bit to get the new season underway,” said Town of Webb Publicity Director Mike Farmer. 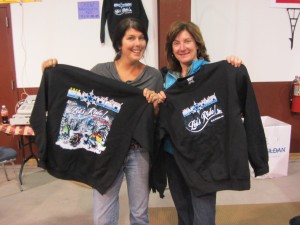 Laurie Barkauskas and Elise LaGrange at Snodeo in Old Forge

The big raffle winner of a sled of choice was Victor D’Agostino of Wayne, NJ, who selected a 2015 Ski Doo MXZ TNT 600 HO ETEC provided by Smith Marine.

The winner of the 2014 Polaris Indy 120cc youth snowmobile provided by Don’s Polaris was Dominic Kloster of Croghan, NY. 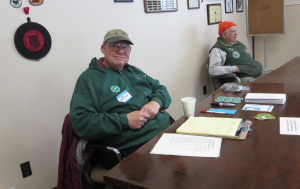 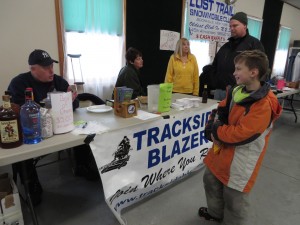 The Trackside Blazers booth at the Snowmobile Shootout in Woodgate. 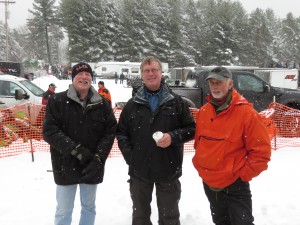 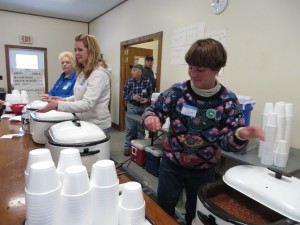