Over 140 people came out to the Inlet Golf Course on Saturday, June 14th, to play in the Kyle Riedman Memorial Golf Tournment, as a way to pay tribute to a young man that was much respected in the community, and to raise charitable funds in his name. 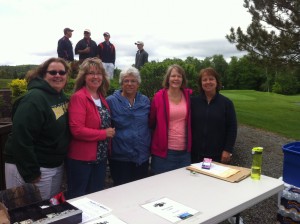 The tournament raised over $6,000 for the Kyle Riedman Memorial Scholarship Fund through registration fees and donation support from local businesses.

Players of all ages and skill levels competed in a lighthearted round of golf for first, second, and last place prizes.

John Dillon, Jonathon Dillon, Chris Snyder, and Harry Morton placed first in the men’s division with an average score of 58. 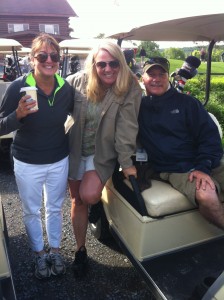 In the mixed division, Joey Nelson, Bryan Tremblay, Katie Critelli, and Joe Critelli finished first with a score of 67.

In second place for the men’s division with a score of 63 was Norm Stamboly, Bryan Stamboly, John Dooley and Dave Guido.

Chip Kiefer, Travis Kiefer, Don Haehl, and Lexie Haehl finished second in the mixed division with a score of 70. 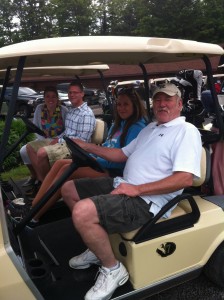 The last place finishers of the men’s and mixed divisions received the book ‘Why You Suck at Golf: 50 Most Common Mistakes by Recreational Golfers.’

The lucky winners of the men’s division were Jim Williams, Forrest Williams, Kevin Connell, and Jimmy Connell with a score of 87.

Marissa Pavlus, Garrett Pavlus, Maggie Queen, and Courtney Darmody finished their round with 101, the highest score of the tournament.

Following the tournament, a raffle took place that included a mountain bike donated by Dick Sonne’s of Utica, gift cards to local businesses, and a homemade blanket with the Kyle Riedman Scholarship Fund logo on it done by Linda Gibbs.

Kerrin Ehrensbeck, one of the influential people behind the tournament, described it as having gone very smoothly, and said she was very pleased with the turnout.

The idea of the tournament originally came to Ehrensbeck within a week of Kyle’s passing, she said.

Through the combined efforts of Kyle’s parents, Doug and Judy, Kristin Armendola, the Gibbs family, and the Inlet Golf Course, the tournament was made possible.

Kerrin would also like to thank the local businesses who donated, and everybody who came out to play.

She said she hopes to organize a follow-up tournament for next year, and added that she promises to pick a warmer day.