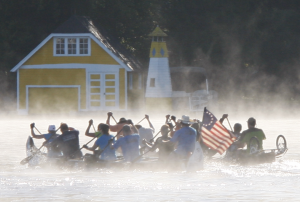 It was another successful year for the Adirondack Canoe Classic with a new course record set by the four-person team of Andy Trebold, Steve Lajoie, Nick Walton and Matt Rimer who finished the 90 mile course in 11 hours, 6 minutes and 29 seconds.

The previous record was 11 hours, 24 minutes.

The race began from the Old Forge Pond on Friday, September 6 with 275 registered racers and ended Sunday, September 8 in Saranac Lake with 260 crossing the finish line.

Brian McDonnell, race director for the Adirondack Watershed Alliance, said the weather was superb on Friday, overcast with excellent race conditions on Saturday and a bit of a challenge with the wind on Sunday.

Two people competed on Stand Up Paddleboards (SUPs), bringing the total to three SUPs ever to compete in the 90-Miler.

“It was a particularly competitive year for the four-person canoe category. Many of the paddlers represented the best of the best of the sport for the past 20-plus years,” McDonnell said.

Old Forge Fire and Rescue, Herkimer County Sheriff and Hamilton County Sheriff, along with Department of Environ-mental Conservation personnel, Rivett’s Marine and a number of volunteers, including Deke Morrison and Ed Stafford, provided safety boat support to the paddlers.

McDonnell said they received significant volunteer support from the Central Adirondack Search and Rescue Team (CASART) on day one.

He extended his appreciation to the Central Adirondack Association and the Towns of Webb, Inlet, Indian Lake and Long Lake for their support.

Local participants, their race class and times are as follows: 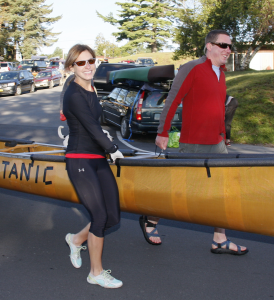 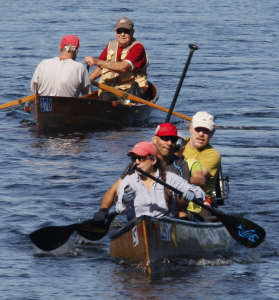 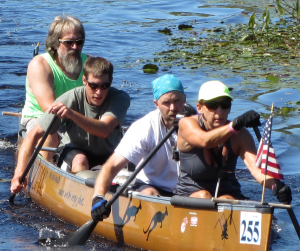