In the morning before the race, a series of outdoor races and other events were held for the younger crowd. 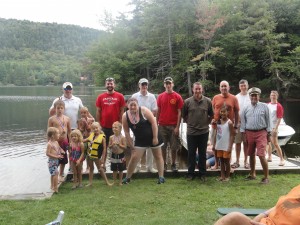 Following the 1 p.m. race, a picnic was hosted by Lauren Beach and Lori Scheuermann.  Commo-dore Bruce Ferguson presented the awards for the morning competition and the afternoon race.

Winners in the Sailboat Division were: First place – Chris DeMers in a Laser;

second – Karharine Brigg in a Laser; and third – David Christman and Jason Dunham in a Zuma.