Fifty-three boats were on display for the 23rd annual Antique & Classic Boat Show at the Old Forge waterfront on Saturday, July 13th.

Participants came from as far away as Virginia, Pennsylvania, and Connecticut as well as all over New York state and up and down the Fulton Chain. 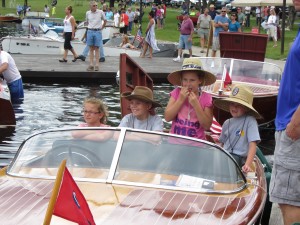 In addition to viewing the boats and meeting with their owners, visitors took free rides on Dunn’s Boat Service’s Chris Craft, Grace, and children were given rides on the Adironduck.

Awards represented a new variety of winners, according to Morrison, and were presented Saturday night in the following categories: 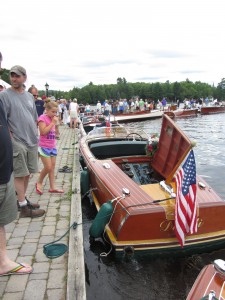 The winner of the People’s Choice award was Jason Jost of Niskayuna for “Decati,” a 1956 Chris Craft. 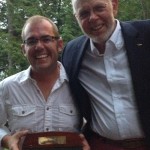 The Paul Hornick Memorial Award was presented to Robert Bischoff III for having his family’s 1954 Chris Craft, “Bunny B II,” restored and returned to active use on the Fulton Chain.

An award sponsored by the Antique and Classic Boat Society for the most original boat was given to Andrew Getty for “Dippy,” a rare 1923 boat. 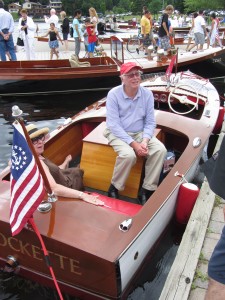 Transom plaques were given out to the winners in various categories. The late Paul Hornick, one of the original event organizers, started making the unique plaques in the shape of a classic wooden boat stern.

Since Hornick’s passing, the plaques have been crafted by Rob Kidd in the same way and with the same quality workmanship.