Concert moves to early July for its 15th Anniversary performance 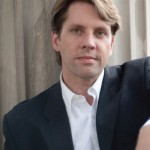 The concert by the Rochester Philharmonic Orchestra at Arrowhead Park in Inlet on Saturday, July 6 will be under the direction of conductor Michael Butterman. 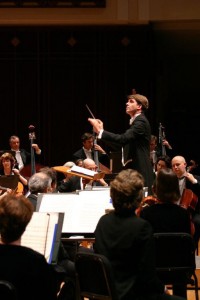 Now in his 13th season as the RPO’s Principal Conductor for Education and Outreach—the first position of its kind in the United States—Butterman is also Music Director for both the Boulder Philharmonic and the Shreveport Symphony orchestras.

Beginning in the fall of 2009, he assumed the additional post of Resident Conductor for the Jacksonville Symphony Orchestra. This past season was highlighted by his debut with the renowned Cleveland Orchestra.

As the 1999 recipient of the Seiji Ozawa Fellowship, he studied at Tanglewood with Robert Spano, Jorma Panula, and Maestro Ozawa, and shared the podium with Ozawa to lead the season’s opening concert. In 1997, he was sponsored by UNESCO to lead the National Philharmonic Orchestra of Moldova in a concert of music by great American masters.

From 2000 to 2007, Butterman held the post of associate conductor for the Jacksonville Symphony in Florida. For six seasons, he also served as music director of Opera Southwest in Albuquerque, N.M.

As music director at Indiana University, Butterman conducted a highly acclaimed production of Leonard Bernstein’s little-known 1600 Pennsylvania Avenue in a series of performances at the Kennedy Center in Washington, D.C.

He received unanimous praise from such publications as The New York Times, Washington Post, Variety, and USA Today.

He subsequently was invited to New York at the request of the Bernstein estate to prepare a performance of a revised version of the work.

Butterman’s work has been featured in five nationwide broadcasts on public radio’s Performance Today, and can be heard on two CDs recorded for the Newport Classics label. A third CD, in which he conducts the RPO in two narrated works for families, was released in May 2011.

The performance by the Rochester Philharmonic Orchestra will begin at 7:30 p.m. under the tent in Arrowhead Park. General admission tickets are $30. A fundraising cocktail party will be held at The Woods Inn from 4 to 7 p.m. Tickets are $110 and includes preferred concert seating.

Tickets for the performance and the cocktail party are available at the Inlet and Old Forge Visitor Information Offices.

A free concert for children, sponsored by Community Bank, NA, will be held at 3 p.m.

The concert performance, now in its 15th year, is sponsored by the Fulton Chain of Lakes Performing Arts Council, Inc.